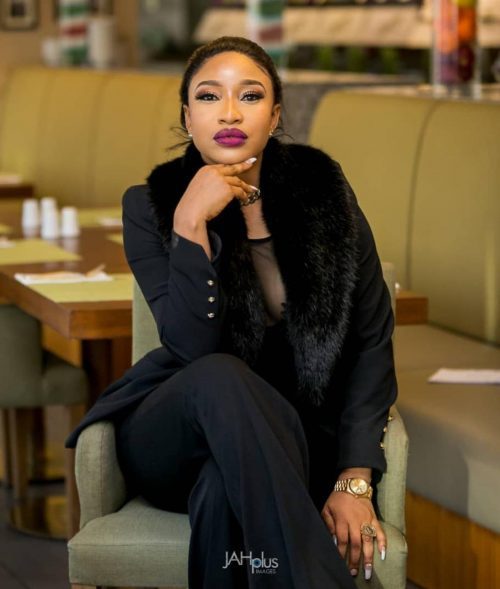 Tonto Dikeh is not done rocking the boat of her ex-lover, Prince Kpokpogri.

In her latest post, the thespian called out a married dancer as one of the people whose sex tape her former love has in his possession.

According to her, Prince Kpokpogri, has both old and new sex tape of Janemena.

According to her, Prince Kpokpogri has the sex tapes of other married women, celebrities and single girls too.

Shockingly, her post comes hours after Prince Kpokpogri filed a N10 billion lawsuit against the actress.

Read what she wrote below:

“After listening to these leaked voice note between JOSEPH EGBRI(fake name Prince kpokpogri) and merit, I personally called my relationship off with a man I honestly did LOVE.

“Now this is not enough for blackmail and lies but it’s all good and great.

“Respectfully, All we are asking is come answer to the law for your illegal recording and release of my private moments (A CRIME) that happened months back before I actually respectfully ended this relationship, extortion(A CRIME), blackmail(A CRIME) amongst other things alleged about you.

“This may be a good time to say @janemena this man has so much of your sex tapes with him in his possession (old and very recent).

“Not just you but Alot of other married women,Celebrities and single girls too..

“If he hasn’t blackmailed any of you yet it’s a matter of time!!

“My darling JOSEPH EGBRI it will only be fair enough you allow the law operate..

“If these are made Up allegations you need not fear, FOR A CLEAN HEART FEAR NOTHING..
Am not hurt ,not mad, just DONE. I wish you would too.

“You can’t be the one blackmailing me, releasing my private chat with friends, bugging my phone and still be the one in trauma..

“Wish you all the very best
But you need to stop running and face the consequences of your actions.” 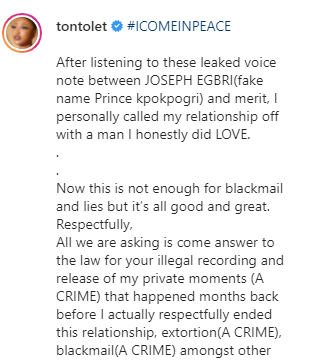 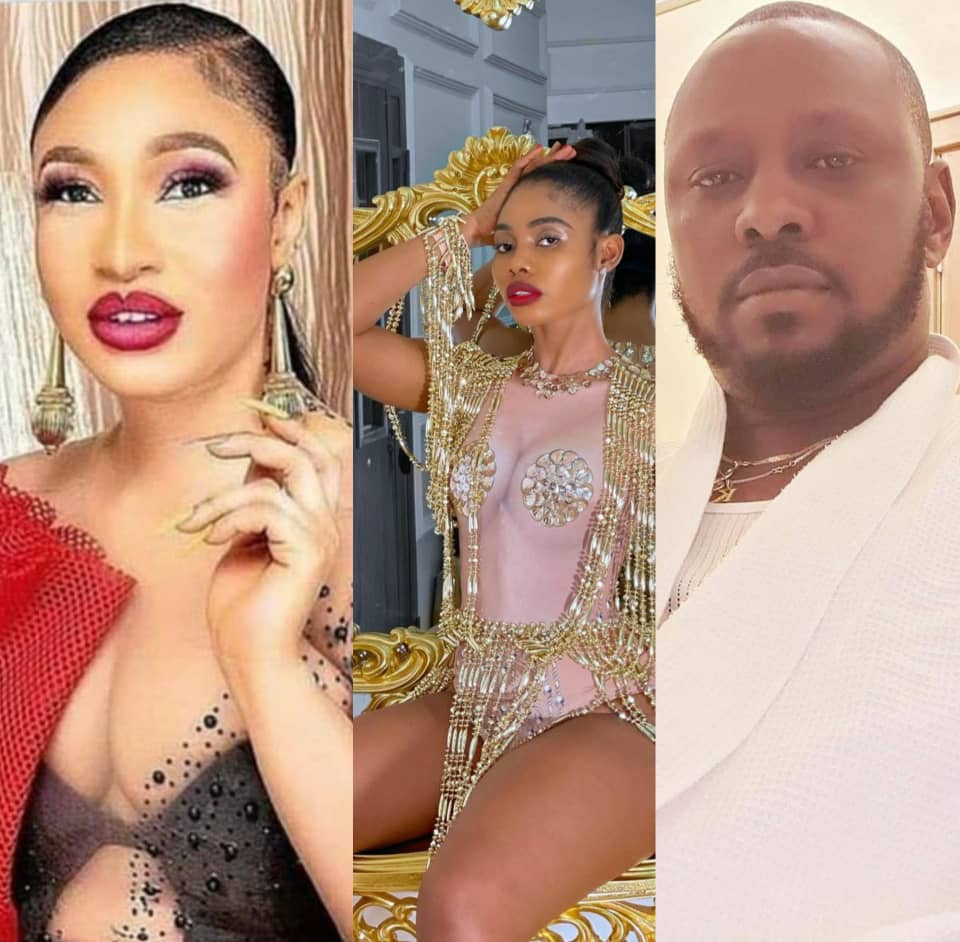 Related Topics:Prince KpokpogriTonto DikehTonto Dikeh Drops Bombshell; Mention Nigerian Dancer As One Of The Women On Her Former Boy's Sex Tape
Up Next

Maureen Esisi Reacts To Criticism Arising From Kissing Her Cousin