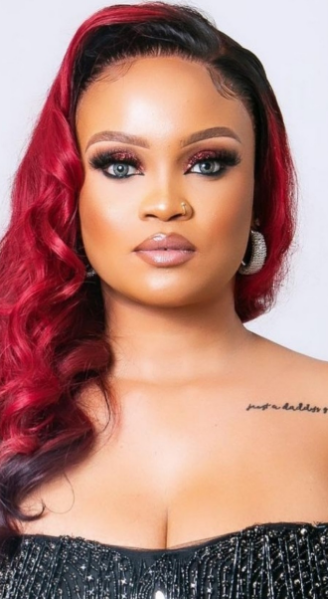 Thespian, Maureen Esisi, has reacted to being criticised for kissing her female cousin.

Reacting to her critics, the lady who is not new to sharing videos in which she is seen kissing her brother on the mouth slammed her haters.

Responding to her critics, she said that she will continue kissing her brother on the lips and licking her cousin.

She told those who have a problem with it to “eat shit.” 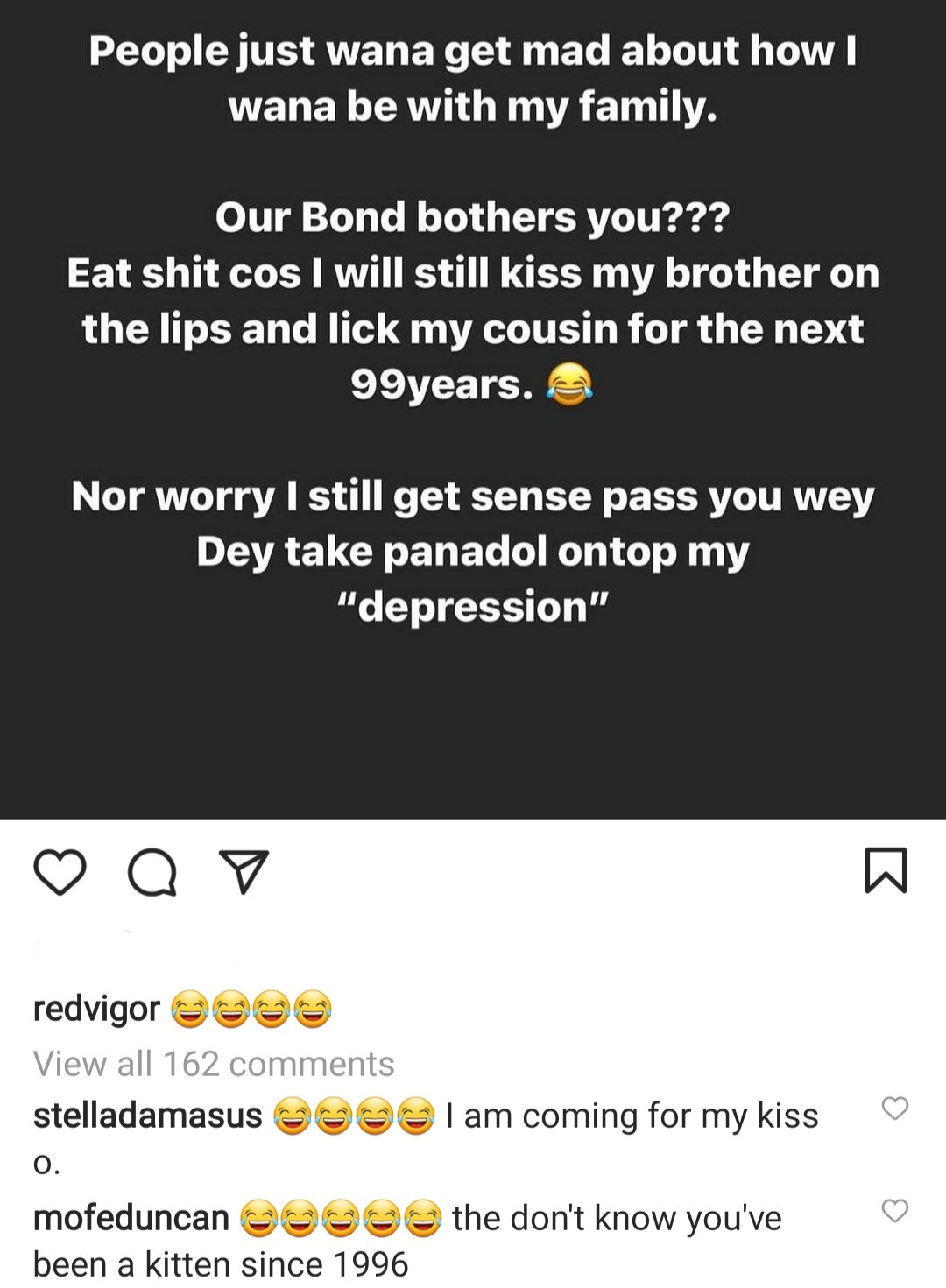 Related Topics:Maureen EsisiMaureen Esisi Reacts To Criticism Arising From Kissing Her Cousin
Up Next

Tonto Dikeh Drops Bombshell, Mention Nigerian Dancer As One Of The Women On Her Former Boy’s Sex Tape