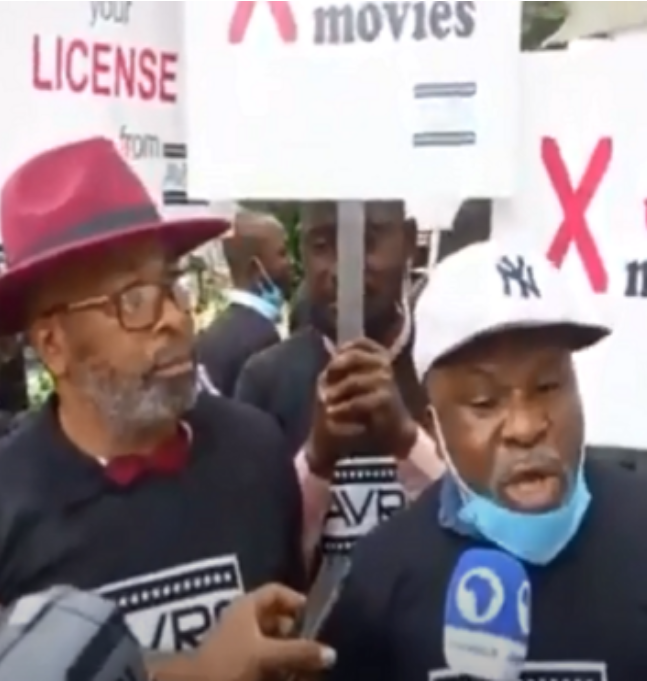 Popular faces in the Nigerian movie industry have taken to the street to protest against one of the country’s leading hotels, Radisson Blu.

The protest was organised by the Audio-visual Rights Society (AVRS), held at the Isaac John, Okeja, Lagos State branch of the hotel.

The entertainers protested against the hotel’s alleged refusal to pay for use of their intellectual properties in their different branches. 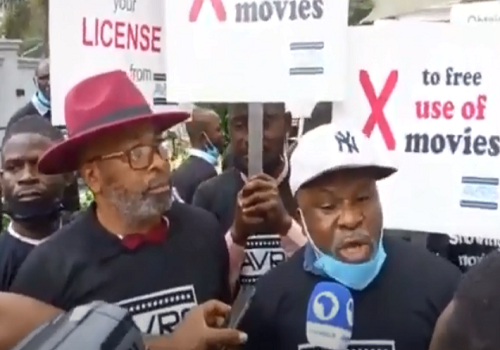 Speaking on what led to the protest, AVRS boss, Alli-Balogun, said the hospitality outfit had refused to pay for use of the entertainer’s intellectual properties.

He added that negotiations with the management of the hotel had met brick walls, hence they were forced to hit the street in protest.

Further, Alli-Balogun said that the hotel is owing the copyright collective society about N50 million

Tonto Dikeh Drops Bombshell, Mention Nigerian Dancer As One Of The Women On Her Former Boy’s Sex Tape

Ifu Ennada Slams Married Man Who Said She Has No Curves