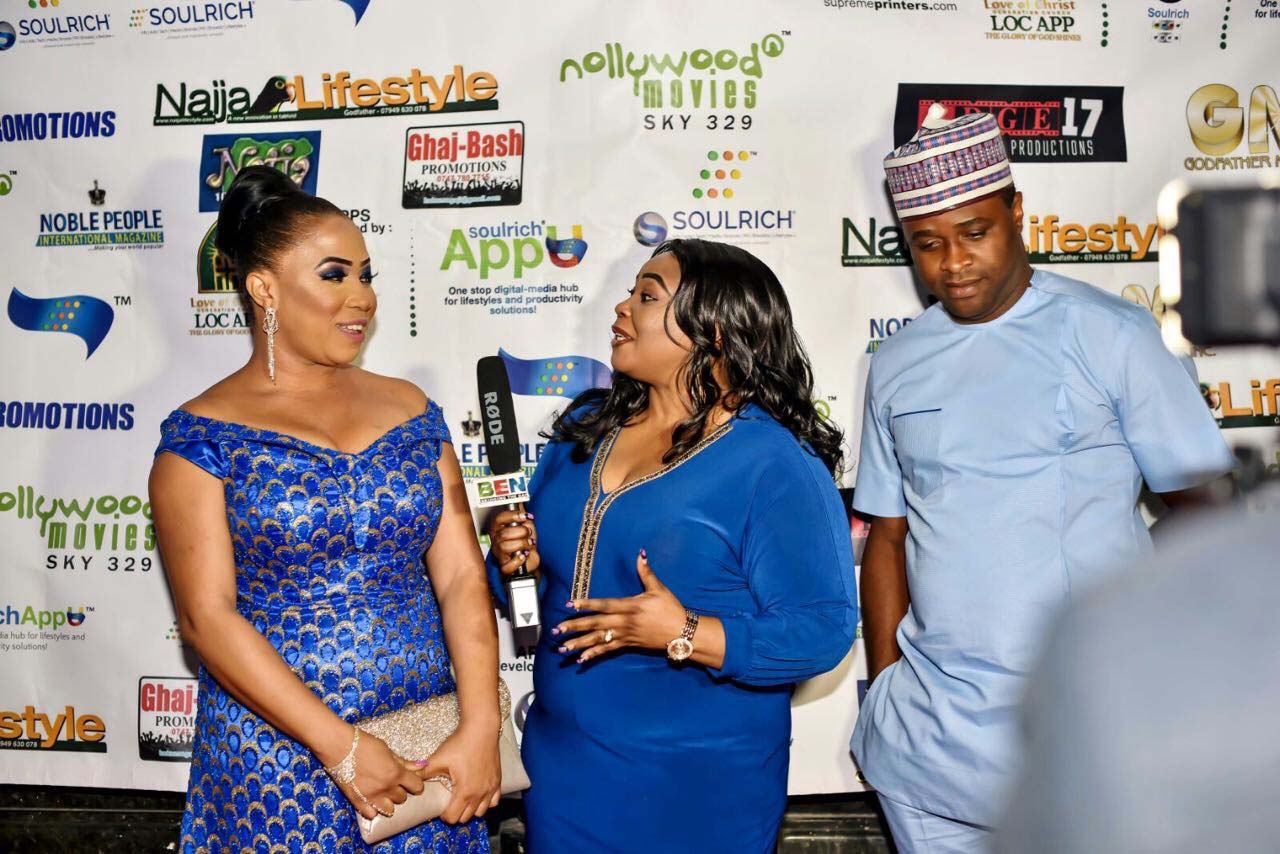 Sequel to the successful premiere of her new movie, Omiran, (Giant), at Planet Nollywood in Camberwell Green, London recently, sultryNollywood actress, Tolulope Oke, is poised to present the movie to the audience and her teeming fans all over the world.

The much-publicised movie starring Oke, Femi Adebayo, Funsho Adeolu, Muyideen Oladapo and Rose Odika was directed by Oladapo and it would debut on Libra TV platform, owned by Lekan Wasiudeen, on Youtube from the first week in May, 2017.

Oke is optimistic the movie which explores the theme of love and integrity and shot in cosmopolitan settings in Ibadan, Nigeria, would
appeal to movie buffs for its “uniqueness and flawless storyline”. “It is an adaptation of a real-life experience and it would make a great impact on the audience. Its acceptance at its recent premiere in London was awesome and this is a clear indication that it would record more success with Libra TV’s viewers all over the world,” she posited.

According to her, the movie has a lot of moral lessons for its audience and they would stay captivated as its plots unfold. She was particularly appreciative of the “massive support” given to her by the Nigerian community in the UK, as well as Independent Newspaper, Naija FM Radio Station, Ben TV and Godfather Promotion at the movie premiere.

In the movie, ROC-Raphael Olakunle-Collins-(Adebayo), is an undesirable element dealing in illicit drugs. He is involved in a romantic relationship with Ayinke, (Oke). In desperation, he tries ceaselessly to evade the long arm of the law and keep his head above troubled waters as the plot thickens.

Oke has featured in several movies and produced three previous movies which have made tremendous impacts. Omiran is her fourth production and from all indications, it would take her to greater heights.

Educated at the University of Lagos where she graduated in sociology, the talented actress  further bagged a diploma in Dramatic Art from the Obafemi Awolowo University to hone her skills in acting. Her movie credits include Awure Eni, Kutu Kutu, Agidi, Home Sick, Simisola, Efin, to mention a few.

Must Watch: ‘Valerian’, the most expensive French movie ever