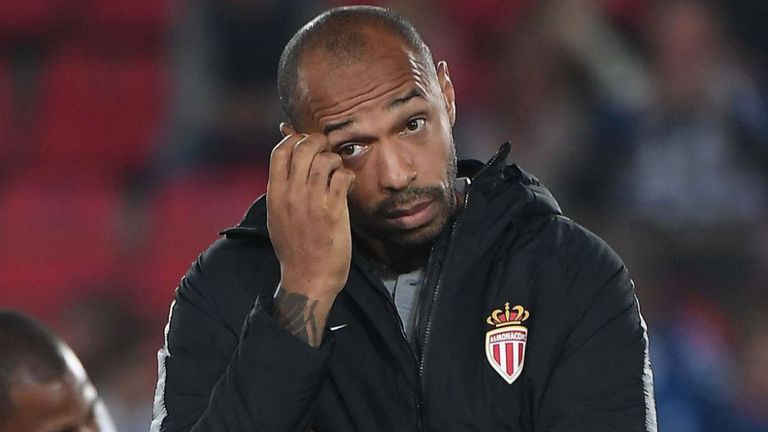 The appointment of ex-French international Thierry Henry as the coach of Monaco was with a lot of fanfare.

However, his first match in charge of the club wasn’t one to be celebrated, as 10-man Monaco lost 2:1 to Strasbourg.

A dejected Henry looked on, as he suffered a defeat in his first match as a head coach, as Monaco dropped into the Ligue 1 relegation zone.

Henry took over the job when Monaco parted ways with Leonardo Jardim last week. The job is Henry’s first having began his playing career at the principality club.

Presently, Monaco is placed 18th in Ligue 1 table only above bottom-club Guingamp on goal difference. With this loss, Monaco’s winless run stretched to 11 games.