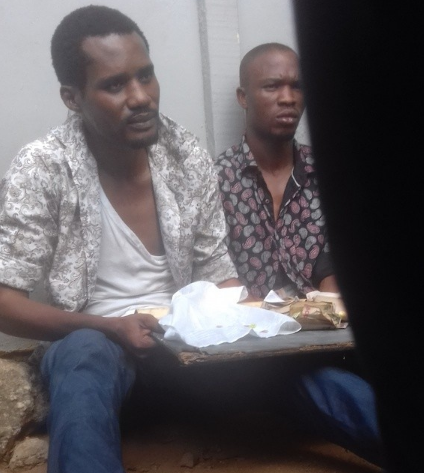 Many who knew Seun Kareem popular as Egbegbe five years ago would be amazed that it is the same person that is enmeshed in a theft scandal.

Known and fondly called Ebony Alhaji due to his movie production outfit, Ebony Productions, Egbegbe was the darling of a lot of people.

Then, young movie producers would rush to him for one favour or the other or even beg for money to shoot their movie, Egbegbe was simply a nice guy.

In the yuletide period he became a businessman, as his bars (he usually opens two stands a VIP and a regular bar) within the LTV8 premises turned the haven of celebrities including Fuji singer Pasuma. He was simple, and a delight to be with, hardly talking to anybody except his close friends.

He was so nice that his cool and calm resolve even saw him resolving issues among actors inside the premises of LTV 8. Such was the Egbegbe that was known some years back.

It is amazing that in less than four months, Egbegbe who used to be the darling of the movie industry has been unveiled in his real essence, a petty thief.

Having just being involved in an iPhone theft mess in November 2016, the dude was once again arrested by policemen attached to Gbagada General Hospital during an attempt to swindle two unsuspecting Bureau De Change owners identified as Alhaji Isa Adamu and Abdulahi Haruna of money said to be $12, ooo,ooo.00 on Thursday, February 2, while posing as the Managing Director of Gbagada General Hospital Gbagada, Lagos State. Egbegbe was aided by an accomplice identified as Ayo Oyekan in an attempt to steal $9,000,000.00 and £3,000,000.00.

Presently, the case is under investigation at Area H Ogudu, where other Bureau De Change owners have been trooping in to lay allegations on suffering worst fate from Egbegbe.

Reactions that have since trailed the latest development are led by the general conclusion that Egbegbe’s charms have once again failed him.

Recall that when he was first arrested for stealing nine iPhones at a shop in Compute Village, Ikeja, Lagos, a failed charm was what was said to have given him away.

Wonder what has pulled Seun Egbegbe to the lowest of ebbs, frustration perhaps maybe even recession?. 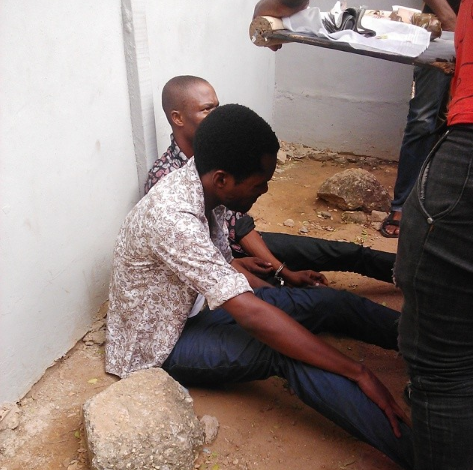 Toke Makinwa In Trouble Over Book “On Becoming”