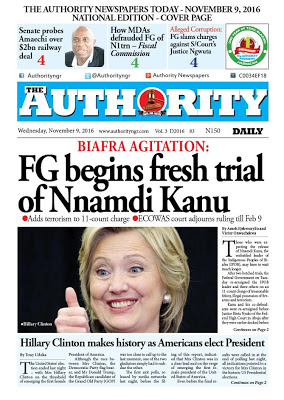 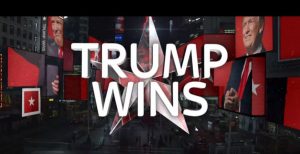 Preempting the outcome of the 2016 Presidential Election, The Authority Newspaper wrote that Hilary Clinton had made history as Americans elect President.

This is actually a big goof, as Donald John Trump was indeed elected President of America in what could be termed landslide victory.  This is indeed “Lazy Journalism.”

Donald John Trump was elected the 45th president of the United States on Tuesday in a stunning culmination of an explosive, populist and polarizing campaign that took relentless aim at the institutions and long-held ideals of American democracy.

Suspended Lawmaker, Abdulmumin Jibrin Says ‘I did not flee Nigeria’