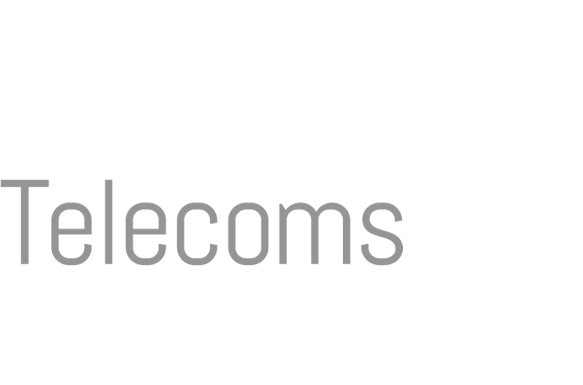 The telecommunications sector retained its lead position as the highest advertiser in Nigeria in 2015 with a combined total expenditure of N16.7 billion. This information is contained in the just-released 2015 Mediafacts, a key media resource for marketing professionals in West and Central Africa.
According to the report, produced annually by mediaReach OMD, a specialist media company that provides media planning, buying, control and inventory management services, the figure represents 17% of the total advertising spend in Nigeria of N97.9 billion in the same year.
The report also identified Personal Paid (N12.2 billion), Corporate Communications (N6.3 billion), Banking & Finance (N5.8 billion), Lager Beer (N4.6 billion), Public Service (N3.8 billion), Soft Drinks (N2.8 billion), Cable TV (N2.5 billion), Milk & Diary (N2.2 billion) and Broadcast (N2.2 billion) as part of other top advertising product categories that contributed to the total ad spend. Others are: Noodles (N2.1 billion), Cocoa Beverages (2.0 billion), Skin Cleansing (N1.8 billion), Nutritional Drinks (1.8 billion), Dental care (N1.6 billion), Seasonings (N1.5 billion), Online mall/Education imparting knowledge & Skill/Malt (N1.4 billion), NSD Powder (N1.3 billion and others (N22.4 billion). Mediafacts stated that these are the top 20 advertising product categories in 2015.
According to Mediafacts, “The top 10 advertisers in Communication and Telecommunications sector in 2015 include: Sundry Ad (other Inform. Service) – N13.5 billion, MTN – N4.7 billion, Airtel – N4.1 billion, Etisalat – N3.7 billion and Globacom – N3.7 billion. Others are: Nigerian Breweies – N3.7 billion, The State Government – N3.1 billion, Sundry Advertisers (Services) – N3 billion, Reckit Benkiser Nigeria – N2.7 billion and Procter & Gamble – N2.1 billion.
The report stated: “The top 20 advertisers contributed 64% of total spend and the top four telecom players contributed 17% of the total spend in 2015.”  Mediafacts also revealed that the total advertising spend recorded in 2015 represented an increase of N4.8 billion above the N93.1 billion documented in 2014.
According to the report, “the 2014/2015 electioneering campaigns and the successful change in government may have positively impacted on the advertising spends in 2015 as it records a positive growth of about 4.8% over 2014 total media spend.”
Mediafacts further revealed that the television stations attracted the highest advertising expenditure of N39 billion in 2015. The report also put the advertising expenditure attracted by the print media, outdoor and radio stations at N23.7 billion, N20.1 billion and N15.1 billion; respectively.
Meanwhile, the advertising expenditure that went to the Print media last year declined marginally by 4% from N25.8 billion in 2014 to N23.7 billion in 2015. Also, the Outdoor performed better the previous year when it attracted N20.5 billion advertising spend against N20.1 billion in 2015. However, the TV and Radio stations in Nigeria attracted more advertising spends of 39.0 billion and N15.1 billion in 2015 compared to N34.6 billion and N12.1 billion the previous year.
Mediafacts put the advertising expenditure in the first and second quarters of 2015 at N23 billion each, while it was N29.8 billion and N22.1 billion in the third and fourth quarters of the year. “The highest spend for 2015 was recorded in Quarter 3 (N29.8 billion), which represents 30% of the total spend,” the report stated.
Among the various regions in Nigeria, Lagos state attracted the highest advertising expenditure of N53.1 billion followed by the North Central (N12.1 billion), South West (N10.2 billion) and South South (N10 billion). “The highest spend for 2015 was recorded in Lagos, 54%, followed by North Central (12%), while North East took the rear position. The paltry spend, less than 1% in the North East was traceable to the space of insurgency in the region”, Mediafacts revealed.
Mr. Tolu Ogunkoya, Managing Director/CEO of mediaReach OMD, said “Nigeria’s media is one of the most vibrant in Africa. State radio and TV have near-national coverage and operate at federal and regional levels. All 36 states run at least one radio network and a TV station. There are hundreds of radio stations and terrestrial TV networks, as well as cable and direct-to-home satellite offerings.”
According to him, television viewing in Nigeria is concentrated in urban areas. “There are more than 100 national and local press titles, some of them are state-owned. They include well-respected dailies, tabloids and publications which champion ethnic interests. By 2014, 70.3 million Nigerians were online (Internetworldstats.com). Mobile phones are commonly used to access the web. Most Internet users are young, educated and urban”, he stated.
Ogunkoya noted that Nigeria’s economy is the largest in Africa while its manufacturing sector is the third largest on the continent producing a large proportion of goods and services for the West African sub region.
His words: “The Nigerian environment which is characterised with many investment opportunities seems to be the most attractive for foreign investors because of its liberal economic climate due to the following reasons:
Following the April 2014 statistical “rebasing” exercise, he stated, Nigeria has emerged as Africa’s largest economy, with 2015 GDP estimated at US$1.1 trillion. Ogunkoya said: “Oil has been a dominant source of income and government revenues since the 1970s. Following the 2008-2009 global financial crises, the banking sector was effectively recapitalised and regulation enhanced. Nigeria’s economic growth over the last five years has been driven by growth in agriculture, telecommunications and services.”
He said: “the report gives in-depth coverage of Nigeria and Ghana’s media markets. Media practitioners in the West and Central African regions, and companies making inroads into the markets in these regions would find this publication useful”.
Post Views: 539

Captain E Teams Up With D’banj