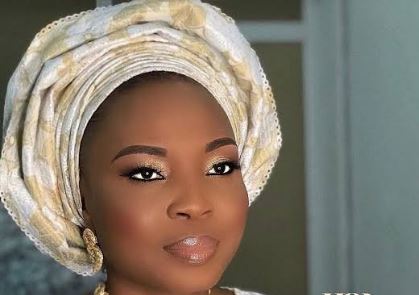 When a good woman turns 50 years old, the ideal thing is for her husband to celebrate her with a carnival-like party.

This was exactly what Aare Bashiru Fakorede did on Saturday, March 3, and Sunday, March 4, when he celebrated his wife, Chief (Mrs.) Tayo Fakorede.

Unlike any party recently celebrated, the shindig was in a class of its own, attracting monarchs, captains of industries, celebrities, and people from all works of life.

The tripod celebration started at IMAX Cinema, Lekki, Lagos on Saturday, March 3, with the premiere of ‘Ige The Unlikely Oil Merchant,’ a biography which was originally written by the celebrant in honour of her husband Aare Fakorede, and later shot into a biopic.

The premiere was multifacetedly boasting a pre-event that saw finger food, champagne, juice, and others being served, while the main event, the movie premiere was followed by a reception with an assortment of exotic food and drinks.

Present at the event were high worth individuals such as the wife of the Vice President, Dolapo Osinbajo, Oba Saheed Elegushi, Sade Okoya, Aare Onikoyi of Yorubaland, Tomori Williams, Oniru of Iru land, Oba Abdulwasiu Omogbolahan Lawal among others.

The second phase of the colourful event which held the following day at the Banana Island, home of the celebrant had K1 De Ultimate entertaining guests in attendance.

Indeed, the celebrant could not have asked for a better celebration from her husband.