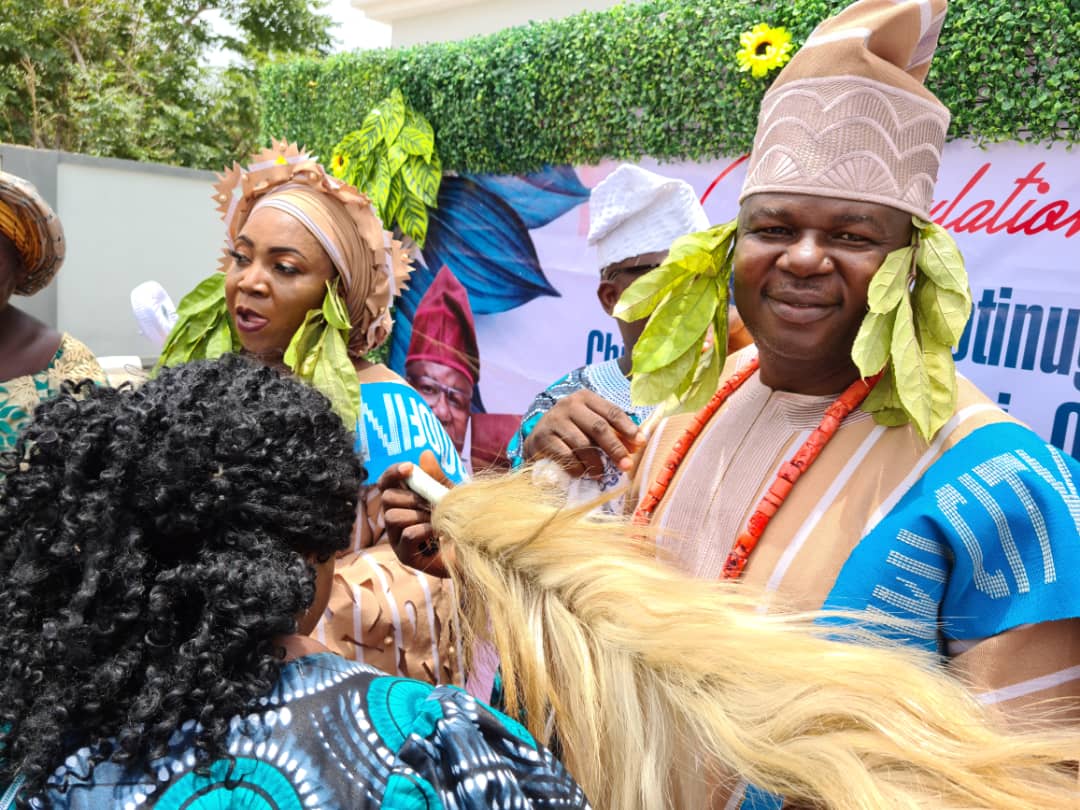 Men like Barrister Kolawole Omotinugbon are not made with copies.

Over the years, his work for humanity has seen him being tagged with several aliases including a philanthropist, a peace ambassador, and a humanitarian.

Barrister Omotinugbon, who has scored many first in his lifetime recently added another feather to his proverbial cap when he was honoured with the title of B’amofin of Erukuland.

“His commitment to the cause of our dear hometown, his pursuit for the propagation of Erukucity’s values and ethos, and his unflinching loyalty to Yoruba ancestry will ensure he reigns as the B’amofin for a very long time,” Oba Amuludunloye 1 said during Barrister Omotinugbon’s conferment ceremony.