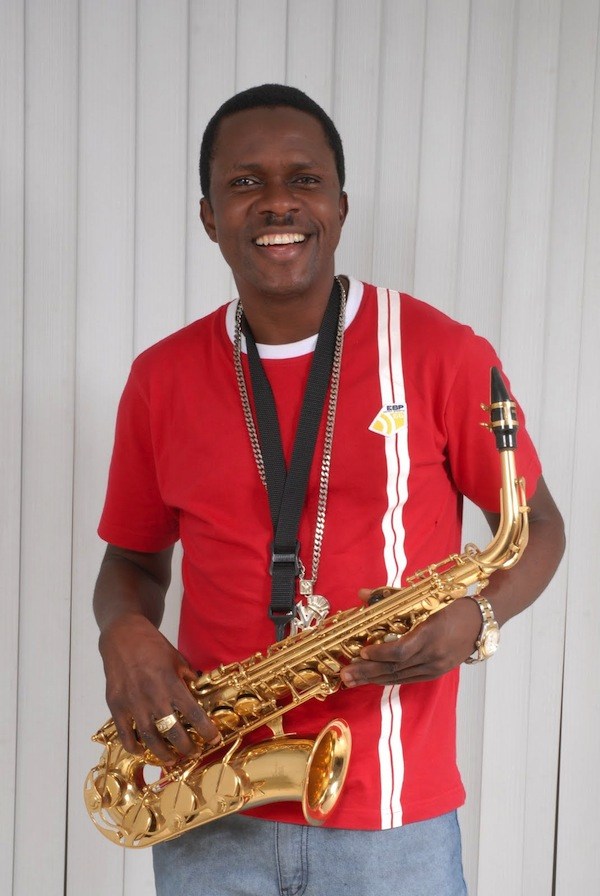 Shina Peters Is The Problem Of JuJu Music – Yinka Best

One of Nigeria’s leading and frontline juju music acts, Yinka Best has been in the news of recent, especially after a successful launch of his newly released 3 albums at a go in America, the United Kingdom, and Nigeria.

In this chat, the ‘Ko  Gb’oge Wa’ crooner opened up on his musical career, experience in the United Kingdom, and most importantly his grievances with afro juju act, Sir Shina Peters.

What has been happening to Yinka Best?

A lot has been happening to Yinka Best, ups and downs, hustling and bustling to make ends meet. I am also trying to promote my newly released albums.

You appear to stay out of the country now?

Not really. Although, I have been traveling around when I am needed for shows outside the country. This shuffling has been made possible with the support of God, fans, friends, and family.

What are you cooking presently?

At the moment, I am working on the production of video and promotion of my albums.

With your exposure to the outside world, how would you compare Nigeria’s music industry with America and Europe?

Talking about your brand of music, what exactly is happening to Juju music?

I want to correct this impression that I play only JuJu music, I also play highlife and Jazz music. And as for JuJu music, a lot has been happening. For instance, there’s no love amongst some JuJu artistes that we look up to. Some of the leaders we look up to in JuJu music are not responsible at all. The wicked amongst them is Sir Shina Peters. All the problems we are having now in JuJu music stems from him. He does not want other JuJu musicians to grow, he wants everything to be all about him alone and this is affecting the JuJu music industry. Most of my colleagues in JuJu music have one or two things to say about his attitude towards them. It high time someone spoke out. We can’t continue like this. I can only speak for myself on this issue; Sir Shina Peters has been on my case for the past 20years, from blocking me from shows and also not allowing promoters home and abroad to work with me. Despite all these, I still try to be at peace with him and all my effort has been made futile. Imagine Sir Shina Peters saying he doesn’t want to have any dealings with someone that’s associated with King Sunny Ade when I invited him to the launch of the album I produced in honour of King Sunny Ade, for his role and contributions to JuJu music.

Personally, I feel this is highly disrespectful to the person and position of King Sunny Ade. Sir Shina Peters even went on to request for money before he could honour the invitation. Unfortunately, he did not attend the event.

How has Juju music fared in the last couple of decades?

To God be the glory we are pushing ahead JuJu music. Thank God for someone like King Sunny Ade, he has been a great support and pillar in the JuJu music.

What exactly are the factors working against the progress of Juju music?

Number one factor is jealous. Also are greed and selfishness, especially from our so called leaders like Sir Shina Peters. People we should be looking up to are the ones letting us down. There are lots of JuJu artistes that need support but they are being let down by his act of greed. He is all about himself. We need to support one another and work on copy right. Don’t wait until Yinka Best, Wale Thompson, Segun Nabi, Dele Taiwo and Tayo King release albums, let us promote originality. Another advice I will like to give to all JuJu musicians is that achievement is not about tactics, it’s about commitment, hard work and perseverance.

What efforts are people like you making to turn things around for good for Juju music?

As I said earlier, I have been working on my albums and also encouraging upcoming artistes. I believe when more albums are released, it will help to lift souls and promote sanity. I think music in itself is healing. It’s an explosive expression of humanity especially, juju music. It’s something we are all touched by. No matter what culture we’re from, everyone loves good music. One good thing about music, when it hits you, you feel no pain.

Related Topics:Some Of The Leaders We Look Up To In JuJu Music Are Not Responsible-Yinka BestYinka Best
Up Next