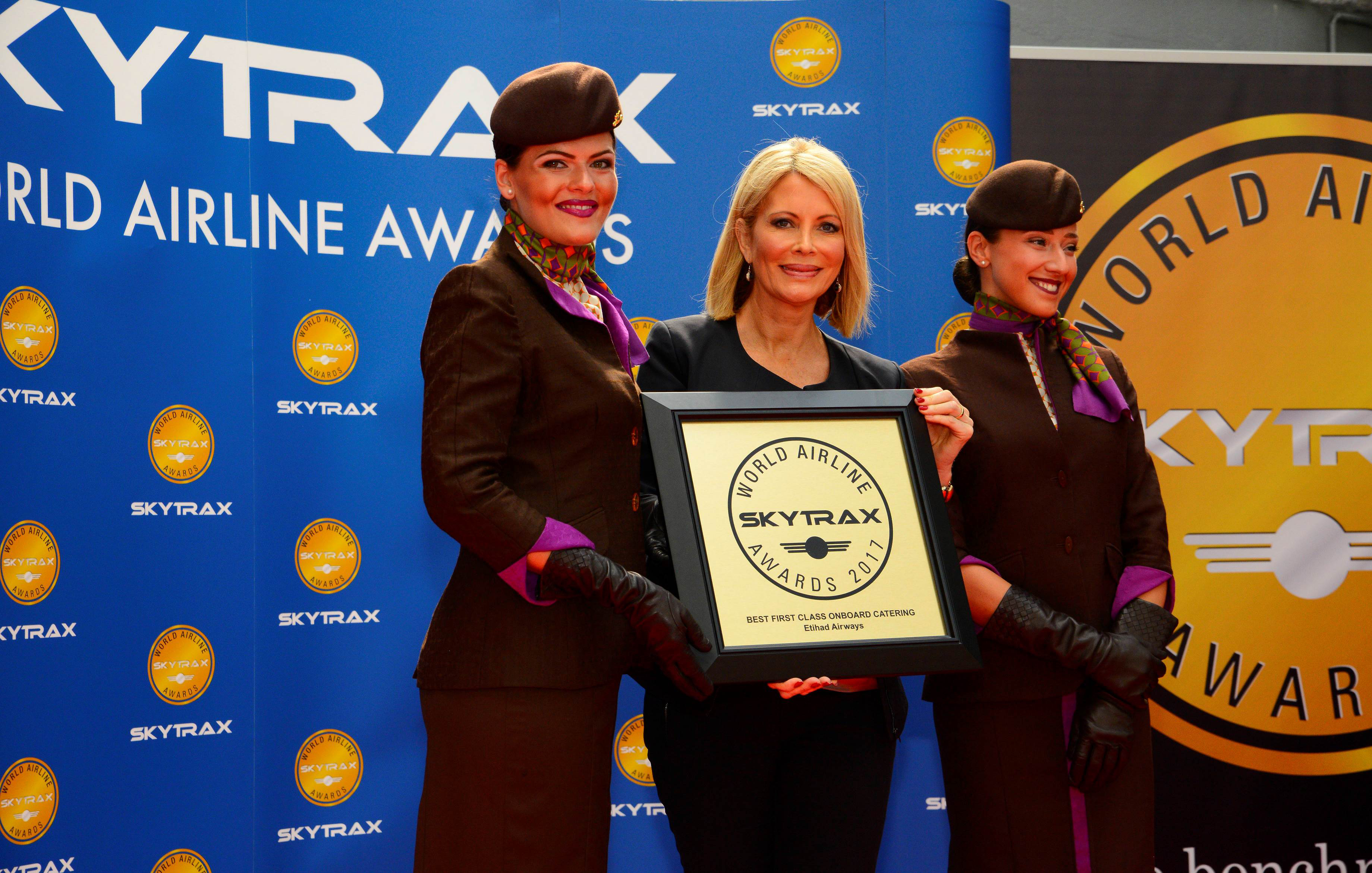 Etihad Airways has once again been presented with three coveted awards for the World’s Best First Class, Best First Class Onboard Catering, and Best First Class Airline Seat at the annual Skytrax World Airline Awards. The event was held at the Musee de l’Air et de l’Espace, as part of the bi-annual Paris Airshow.

The prestigious World Airline Awards are widely considered to be a global benchmark of airline excellence. Winners are chosen based on the votes and findings of a ten month survey of over 19 million air travellers from 105 countries. The survey covers over 325 airlines, from the largest international airlines to smaller domestic carriers, measuring quality standards for 41 KPIs across front-line product and service factors in the airport and onboard environments.

Linda Celestino, Etihad Airways Vice President Guest Experience Delivery, said: “This is a great honour for us – particularly as these awards mark the culmination of a global consumer satisfaction survey of millions of travellers around the world. Our First Class experience is unlike any other and has been tailored around exact requirements of those who wish to enjoy a truly bespoke hospitality experience, with the finest in-flight dining and amenities, incomparable levels of privacy and the genuine warmth and care for which we are known.

“These awards not only recognise our drive for innovation and a superior guest experience, but also reinforce our commitment to First Class travel – an experience for which we have set the industry benchmark.”

In recent years, Etihad Airways has won numerous accolades for its First Class service and cabin designs. This also marks the third time the airline has won all three First Class award categories at the World Airline Awards.

Edward Plaisted, Chief Executive Officer of Skytrax, said: “Etihad Airways continues to be a market leader in first class air travel, illustrated by their excellent performance in this First Class section of the awards. It is a remarkable display of consistency to yet again secure this very prestigious set of awards and we congratulate them on this achievement.”

Etihad Airways offers First Class private suites on a large number of its widebody fleet of aircraft. The A380 First Class cabin boasts nine First Apartments, unique living spaces which at 39 square feet in area, and feature a Poltrona Frau leather armchair and a separate ottoman which converts into a full-length 80.5 inch long bed. A dedicated shower room is available for exclusive use by First Class guests.