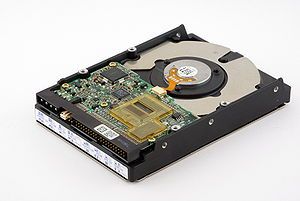 There are a lot of factors that can affect the lifespan of a hard drive; thankfully most hard drives give signs of impending failure before they eventually fail. Jumia Travel, the leading online travel agency shares 6 signs of a failing hard drive to look out for.

If your files are frequently being corrupted, it’s a sign that your hard drive might be failing. Of course, corrupted files can also be caused by other factors like overclocking SATA bus, driver issues, viruses, sudden power failure etc., however if the incidence of file corruption is overly frequent, a failing hard drive is more likely the cause. It is advisable to immediately backup your data and diagnose the hard drive for problems.

Whenever a hard drive is failing, its performance typically reduces significantly causing slow response time and transfer rates. This reduced performance is so bad that it might take several minutes to send a small audio file, or it takes a ridiculous amount of time to open simple programs like Windows Explorer. Slow response time and transfer rates can also be caused by other factors like system load, fragmentation, infections etc., so it may or may not be indicative of hard drive failure. Nevertheless, if it persists it could lead to hard drive failure. It is therefore advisable to backup your data as a precaution.

Hard drives typically store data in tiny clusters and whenever these clusters get corrupted or damaged that part of the hard disk is no longer functional and thus referred to as a bad sector. These bad sectors can cause serious damage to your data and when you run into them, and bad sectors alongside frequent freezing of your device is definitely a bad sign. It should be a strong reminder to backup your data as soon as possible.

Mechanical hard drives tend to make noise while functioning because of several moving parts inside it. However, when your hard drive starts to make odd clicking and grinding noises, it’s mostly likely caused by physical damage or deterioration of the hard drive. It might be a damaged header, failed motor etc. Whatever it might be, these strange noises indicate that it is time to backup your data as soon as possible.

Some other possible signs of impending hard drive failure are: frequent but irregular crashes especially when booting up Windows; frequent and cryptic error messages when performing activities like moving files etc.; disappearing files and folders; disappearing data and disk errors; and scrambled and changed folder and file names.

WAYS TO PREVENT HARD DRIVES FROM BEING CORRUPTED