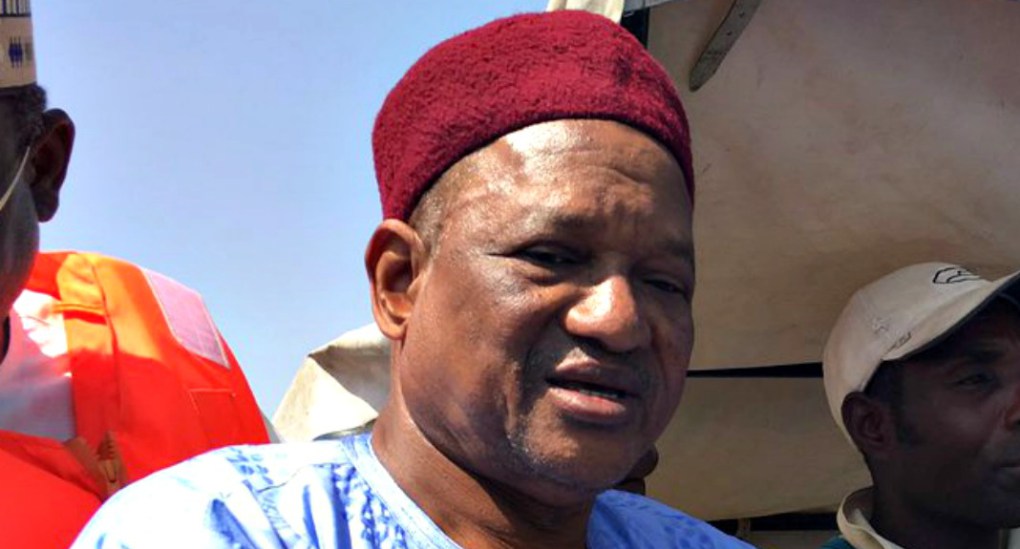 Senator Bukar Ibrahim, who introduced Sharia law during his time as Governor of Yobe State has been caught on tape in a hotel room with two women.

While one of the women recorded the politician with a mobile phone, the other strolled about wearing a dashiki, while also giving him his clothe.

In an interview with Premium Times on Monday, July 3, the husband and father of three is quoted as say thus:

“This is a personal, private matter. What does my having been with a girl have to do with the public?

“You know the normal thing: people ask for unreasonable things, and if you deny them, they try to blackmail you if they have a way, ” controversial Ibrahim, the husband of the incumbent Minister of State for Foreign Affairs, Khadijat Buka Abba Ibrahim, said.

Since the video was posted by Sahara Reporters on the Internet on Sunday, July 2, it has been trending.

Speaking further, Ibrahim said he couldn’t remember where or when the sexual activities took place, adding that he owed no one an explanation since he was not accused of any crime.

“If they say I raped, that’s a different matter altogether,

“Is it because I am a public official then I am not supposed to be entitled to private life?”

The senator said he knew when one of the women was filming him, but was told it was only for fun and they also wanted to illuminate the room with a camera.

“They just mentioned it to me as a joke and I took it as nothing really serious,” he said. “This is something that happened between two adults.

“I have commenced investigations to find out why it is circulating,” the senator said. “But from all indications, it is a blackmail.”