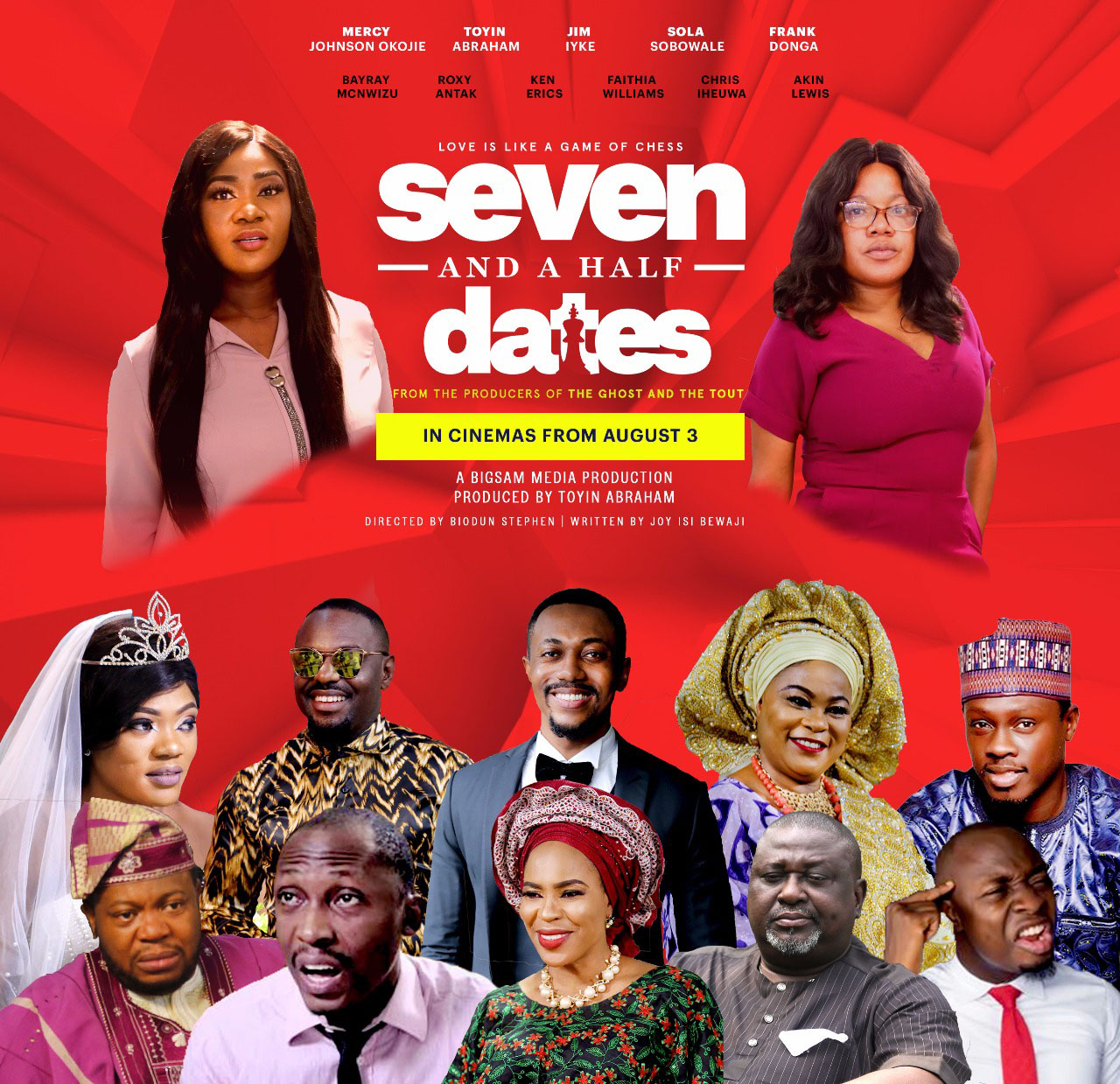 Seven and a Half Dates, the movie released on Friday, August 3 in all cinemas nationwide and has since become the current number one Nollywood movie, only second to Hollywood’s Mission Impossible. It has experienced multiple sold out shows in many cinemas across the country.
Opening to critical acclaims and applause from fans and pundits alike. It has been described in some quarters as the movie that is making Nollywood look good. The movie appear to be clearing doubts as to the ability of Nollywood to make quality, highly entertaining and engaging movies.
Report from the halls has it that audience at multiple locations give a rousing applause often at the end of the movie. In one of the reviews, it was described as the only movie that has matched the credibility of The Wedding Party.
Mercy Johnson, Toyin Abraham, Jim Iyke, Sola Sobowale, Ken Erics, Frank Donga, Bayray Mcnwizu, MC Lively, Roxy Antak, Ali Nuhu and Faithia Williams are the stars whose light shine bright in the movie.
The movie, Seven and a Half Dates was number one in many of the cinemas over the weekend but overall number two to Mission Impossible. A testament to the quality of work this is.
The movie is still showing in all cinemas nationwide.
Post Views: 1,876

Related Topics:Seven And A Half DateSeven and a Half Dates Movie Becomes No 1 in Nigeriaslideshow
Up Next

Actress, Chika Ike Is Measuring Up With ‘Boss Up’

Why We Are Revealing The Secret Of Our Sucess, Desmon Elliot, Blessing Egbe, Wale Ayilara Explains