Nigerian celebrities have been reacting to a video in which a police officer pepper-sprayed a taxi driver who was arrested during the EndSars memorial protest held today at Lekki Toll Gate.

The reactions followed a video shared by music producer, Don Jazzy where the police directed sprayed the protester directly in his eye.

The taxi driver was pepper-strayed by security operatives who attempted to force him into a Black Maria at Lekki Toll Gate.

While the security operatives did not state the man’s crime, the taxi driver insisted on not entering the Black Maria as he’s not a thief. He was also heard saying that none of his “family members have entered such car” while being dragged by security operatives.

Don Jazzy who shared the video on his Instagram page, noted that authorities might come out tomorrow to dispute evidence of a man being pepper-sprayed directly in the eye. See how other celebrities like Timini Egbuson, Mr Macaroni, Zoro, OAP Dotun have reacted to it. 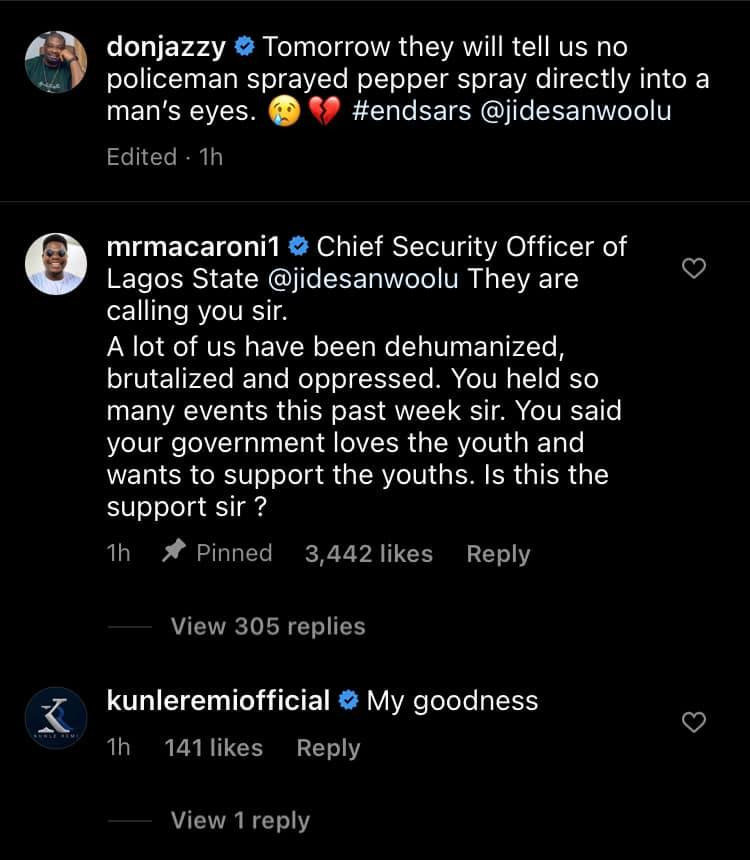 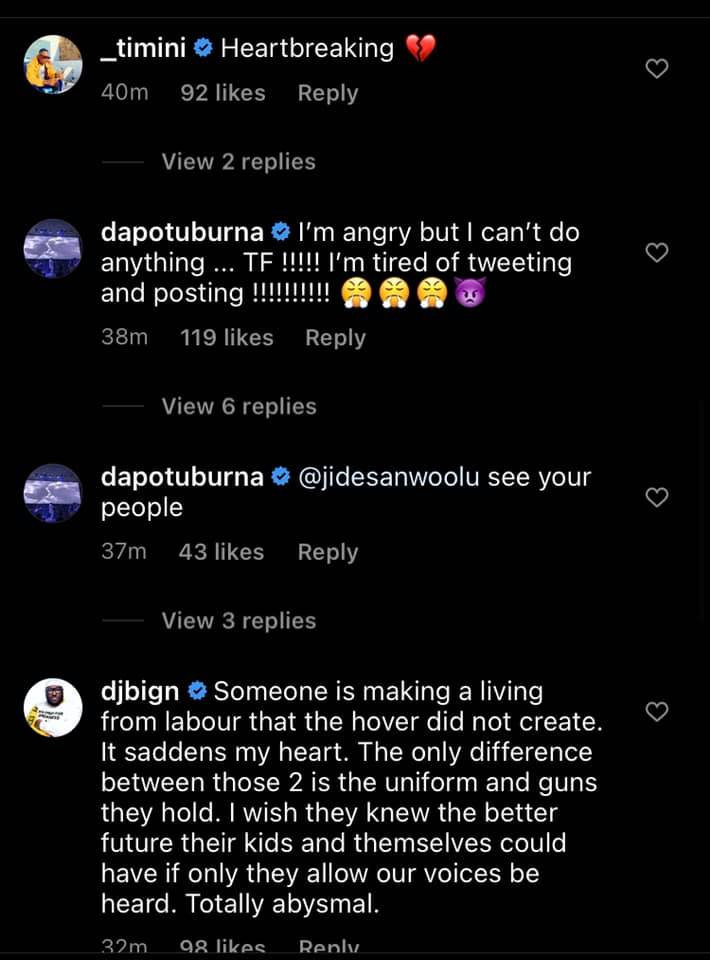 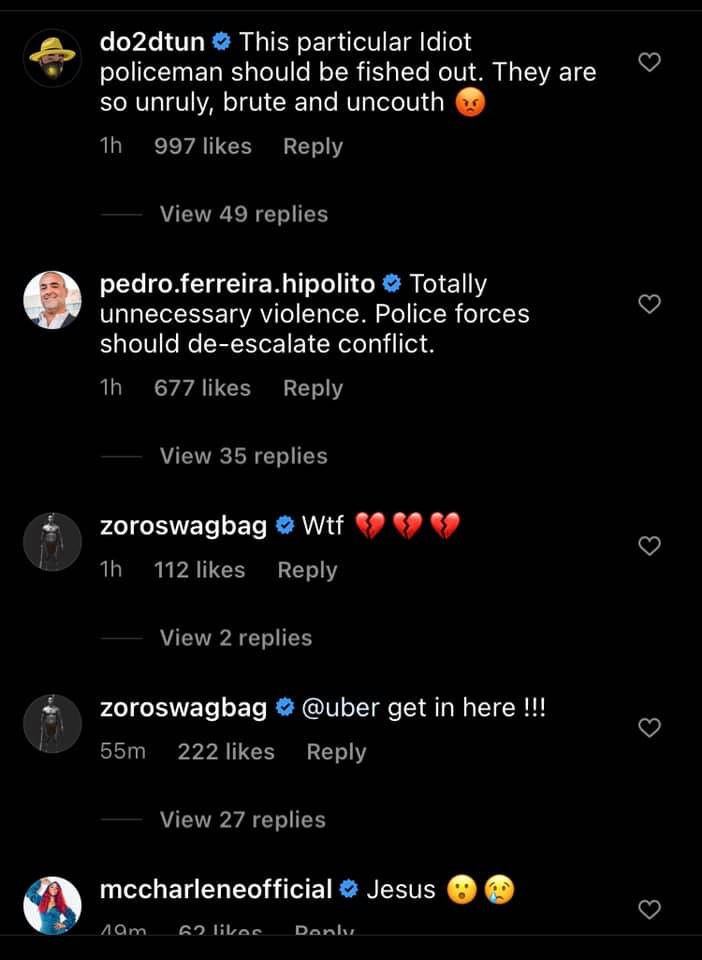 Lekki Shooting: We All Know Who Gave The Order-Rapper Vector