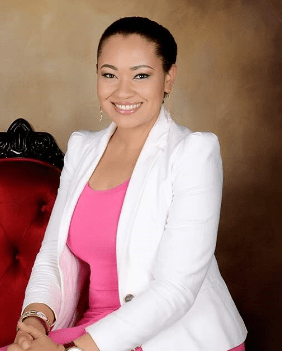 She accused the duo of instigating series of criminal activities leading to violence, civil unrest, vandalism and threat to life in Kogi State.

In a petition to the inspector General of Police, Akpoti urged the police chief to arrest and prosecute some political thugs identified to be members of the All Progressives Congress (APC), Kogi State chapter.

She accused the APC senatorial candidate, Alhaji Yakubu Oseni , Ojo Egbo, Wahab Ozuwaya, Onujabo Idanuha, Abdulmumuni  Jegenyi, Adavize Jagaban, Dollar Igayi and Ajinodu Ojo of removing and destroying her campaign materials and chasing her supporters away from the venue of their meetings.

“On Sunday, December 9, 2018, some hoodlums closely associated with the Adavi Local Government Administrator, Hon Joseph Salami stormed the venue of our ward meeting at Alhaji Badams Compound, Inorere in Adavi Local Government Area with arms and ammunitions. They chased our members with their weapons, stoned some of the women, set ablaze the plastic chairs they were seated on and destroyed some properties belonging to our coordinator and host, Mr Badams Abdulrahaman. This happened in the presence of four policemen after we have written officially to the Divisional Police Officer to notify him of the meeting in our letter dated December 7, 2018 which was acknowledged and the same notification was conveyed to the Area Commander in charge of Adavi Local Government” she said.

“On the 22nd of September 2018, our candidate, Natasha Akpoti averted attack as APC thugs invaded Ihima Youth Summit organized by the youths of Ihima Community when hoodlums allegedly under the sponsorship of Kogi State Government aided by the Okehi Local Government Administrator invaded the Ihima Youth Summit. They destroyed some of the items prepared for the events while the organizers were putting plans together to set the venue before the arrival of their guests among which was the Ajaokuta Steel Company Advocate, Barrister Natasha Akpoti.”

The Kogi Central  SDP senatorial flag bearer recounted that “on October 22 in Okehi, a reported case was instituted by our party to the DPO and the Zonal Area Commander in charge of Kogi Central Senatorial District where our supporters {Enimire Ojo, Bello Mohammed Sadig and his wife Hajarat Adams) were beaten, maimed while Abdulazeez Abdulkareem, Abubakar Salami and Adamu Yusuf were arrested by Okehi Division Police Officers allegedly on the order of Okehi Local Government Administrator, Hon Abdulraheem Ozovehe Ohiare.

“ On subsequent days after the incident, we had some of our supporters which include Haruna Bashiru, Onimisi Ahaad, Habib Adinoyi Umar, Haruna Babana being threatened by thugs especially one Abdullahi Suleiman who is associated to the Okehi Local Government Administrator.”

“They issued threats of unleashing mayhem on him and his family. They also destroyed Akpoti’s banner while shouting songs of war against anybody who identifies with Akpoti. On the 20th of October, some police officers in company of Ismaila Kashim and APC Obeiba ward 1 chairman, Abdulwahab Koto allegedly under the instruction of the Okehi LG Secretary, Hon Ibrahim Sheidu came to remove the banner of the SDP candidate on the claim that the banner was mounted too close to the venue of the APC Obeiba Ward 1 meeting.”

She advised that the ruling party in the state should write undertaking on peaceful campaign and elections.

“That henceforth, the APC agents and other political parties should be refrained from tampering with SDP/Natasha campaign materials and rallies or any other constitutional gatherings of our members and supporters.

The senatorial hopeful urged security agents to hold Kogi State Government and Alhaji Yakubu Oseni responsible for whatever happens to her and SDP faithful in the state.”

She also urged the Inspector General to investigate the actions of these APC chieftains and bring them to book.