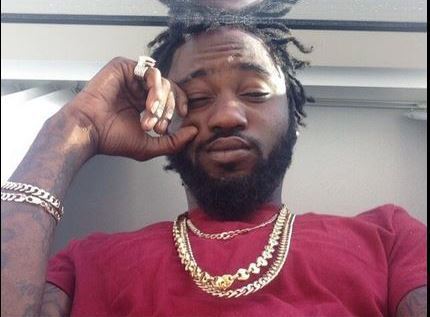 After a promising rap career failed, Sauce Kid, resorted to several vices including credit card fraud for which he was subsequently jailed in the US.

Having spent his time in jail, the music artiste regained his freedom and was celebrated by his colleagues including Davido.

With some time spent as a freeman, Sauce Kid, has been reintegrating himself back into the Nigerian music industry. He has been working in the studio, and while much of what he has been doing remains unknown, there is no doubt that his jail experience will inspire some songs.

Days back, he surfaced on the social media Twitter and bragged about his time in jail saying, “Did the crime, did the time, the past don’t matter, mind over matter, on to other matters.”

Typical of Sauce Kid, he simply waved off the sad experience which saw him in incarceration for two years.

While it is true that you don’t dwell on the past, it should help you make sound decisions about the future.

Just as Dammy Krane who was arrested for card fraud and identity theft returned to the studio and dropped some songs following his release, Sauce Kid, is set to adopt the same pattern.

When he eventually drops his prison inspired songs, he will hope they are hits, but of what relevance will they be if the songs can’t change him or the young guy next door?