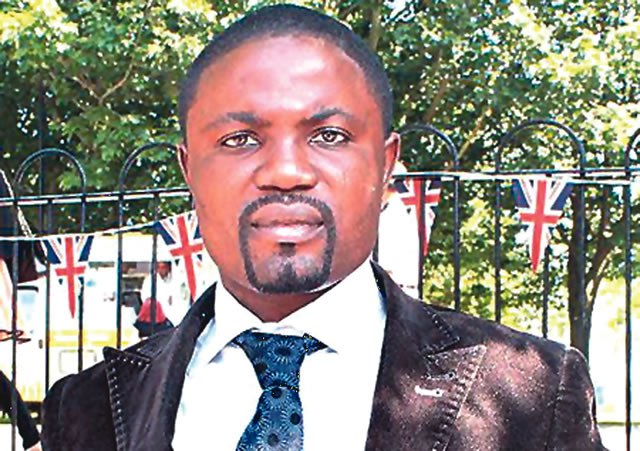 For over 15 years, versatile movie director and Chief Executive Officer of Da Cinema Productions, Samuel Omojowo, has held sway in the Nigerian entertainment industry, directing movies and musical videos for notable names in the industry.

In the course of his career, Omojowo has directed several movies produced by Remdel Optimum Communications Limited and artistes like Evangelist Bola Are, Tope Alabi and Bisi Alawiye, to mention a few. Having consolidated his position in the industry, he is poised to produce his first movie which, according to him, would revolutionize movie making in Nigeria.

The hard working movie director is currently in London, harnessing resources and putting together the cast and crew for the movie which would be shot in the United Kingdom and Nigeria.

According to him, the script for the movie was written by Femi Fadeyi and Akinyemi Adewumi, while the crew is made up of some of the best hands in the industry including Yomi Olaniran, Yinka Gboye, Bello Tijani, Segun Omolafe, Tope Tee, Bukola Oloye, Akadiri Oluwafemi and Ige Oladeji.

“I want to make a statement with this movie. For years, I have been worried by movie productions that are not at par with international standard. Movie producers would take a cue from me when my movie is presented to the public. Many of their productions do not portray Nigeria in good light and this is pathetic. Many people who have never been to Nigeria watch these movies and draw a bad conclusion. This discourages them from having anything to do with Nigeria. My movie would showcase Nigeria as the best destination for tourists. It would definitely be a game changer,” he said.

Omojowo was educated at the London Film Academy and Film Institute, Jos. He was trained by veterans like Tunde Kelani, Tunji Bamisigbin, Goke Aina, Tunde Adekoya, Aderemi Kamala, Sunday Ogunyemi and late Alade Aromire, while cutting his teeth in the industry and also held forte as the head of technical department at Remdel Optimum Communications Limited, Akure, before establishing his own production outfit.

“These veterans gave me a good direction and encouraged me to be the best I can be. My boss at Remdel Optimum Communications, Mr. Remi Ibitola and his late wife, Pastor (Mrs.) Biodun Ibitola also supported me to achieve my dream as a film maker. I also appreciate the immense support of Mr. Kent Uche, the Chairman of Naija FM Radio Station and Godfather Promotion, London and Mr. Kayode Falade over the years,” he said.

He disclosed that the movie would be premiered in the United Kingdom and Nigeria after its completion.

How Actress Moji Olaiya Died***Details Of Her Last Moments

My Man Must Be Goal Oriented-Belinda Effah