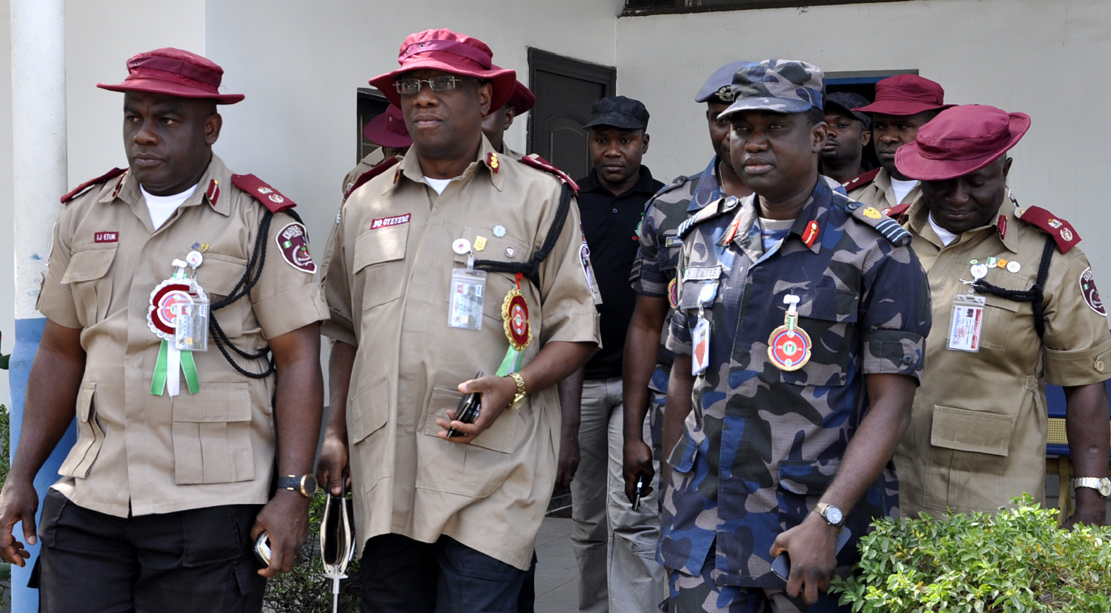 The  Federal Road Safety Commission, FRSC ,Badagry Unit   has set all machinery in motion to start enforcing the law against excessive overloading of goods by  Long  haul  articulated  vehicles – trailers along the Lagos-  Badagry Expressway leading to the Nigerian – Benin Republic border town of Seme.

The overloading trailers along the route who commute in the evenings, late nights and early hours have been a pain in the neck of motorists and security agencies for a while, incessantly causing road accidents and damage to the expressway.

Most times they articulated vehicles drive on the another lane to avoid some sections of the bad road and in some cases over turn on the expressway, causing delay to travel time and risks to other road users.

Ahead of the enforcement, Assistant Corp Commander , Fatai Adesina Bakare ,FRSC  Badagry Unit held a sensitisation programme and send a letter to the stakeholders- Association of License Custom   Agents, ANCLA and others in the transport business in the border to ensure strict compliance to the law on excessive overloading.

According to him, “the damage done to the road and the road users  by the long vehicles are unimaginable, constituting a great risks to all, as the trailers load goods far above the capacity  of the vehicle. They also resulted to travel on the ever busy Lagos- Badagry expressway in the evenings and wee hours of the nights.

Mr Fatai Bakare said since his resumption at the Badagry Unit of the FRSC, he has maintained utmost road safety efficiency and sanitise the road consciousness of the people in the area, with the innovative equipment such as the reflective “Crone baton “at nights and ever supportive personnel.

He stated that his men embarked on round the clock especially around the Badagry round about to decongest traffic at peak periods of the day through the collaborative efforts of other security agencies such as the Customs, The Nigerian Army and the Police.

He appealed to all road users to   assist his proactive measures on road safety within the locality.
Post Views: 1,291

Quick Things to do to Maintain a Healthy Computer