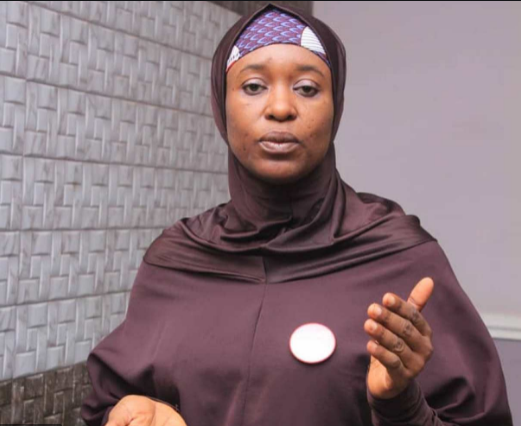 According to Yesufu, religious leaders benefit from bad governance as it helps them “sell cheap miracles and power points”.

Yesufu shared her opinion via her Twitter handle in response to a post by the founder and General Superintendent of the Deeper Christian Life Ministry, William Kumuyi, in which he warned Christians not to hate those in government who fail to deliver on pre-election promises.

“We teach that if you’re a genuine believer in [Jesus] Christ, you wouldn’t hate your neighbour. Nor would you disdain those in power because they appear not to be delivering on electoral pledges such that you would go on the rampage, destroying government property or pillaging the public till,” wrote the clergyman.

“We teach a linear life of Christian walk: you can’t be a saint on Sunday and a monster on Monday,” Kumuyi said.

“Religious rulers in Nigeria are worse than political rulers,” she posted on Twitter on Tuesday.

“Until you free people from the clutches of their mallams, pastors, dibias, babalawos & boka, nothing will change.” 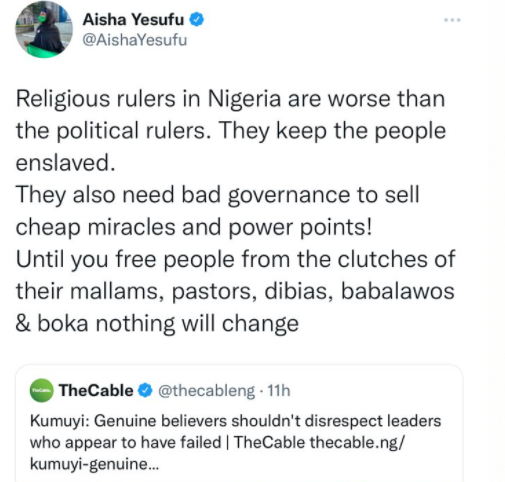