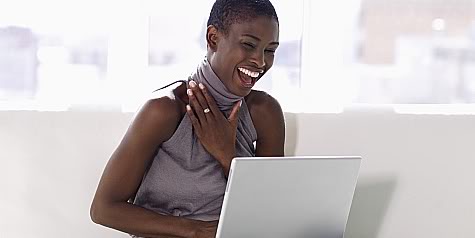 The gender gap in tech is an open secret. Tech is currently one of the most promising fields in Nigeria, but it is not the most welcoming environment toward women as almost all of the biggest technology companies in Nigeria and their key figures are dominated by men.

It is alarming that women simply are not thriving in the Nigerian tech scene as they are under-represented- and not for lack of talent. The few who struggle to stay are either underpaid, often passed-over for promotions and faced with everyday sexism so they leave after a while. The more women tech companies in Nigeria can include, the greater the chance of overcoming this culture of sexism and combat the notion that women do not deserve to be there.

The tech industry in Nigeria growing, and there is need for more talent

There is a huge need for women in tech as there is the general need for more people in the field to quell its exponential growth. It is that simple.  The women in Nigeria are just as skilled and equally as hard working as men, and can help keep the industry competitive. There have even been suggestions by tech experts that women may even be better coders than men. If as many women went into tech as men, it would be a HUGE win for the Nigeria and for the world at large actually.

To encourage diversity and reduce discrimination

Women in tech face a lot of discrimination and sexism as they are few in number and these Tech companies as well as the society at large tend to doubt their   abilities, making workplaces less accommodating for them. Recruiting women in the field will certainly  reduce the overwhelming majority of men, reduce the rate of discrimination and give the women a voice. Women make up half of the country’s population, if not more, and so they constitute a large percentage of tech users. They certainly should be more involved in defining the future directions for the field. This stronger diversity can lead to greater innovation and better decision making.

This imbalance in gender hurts the technology companies themselves. women help to bring an alternative perspective, new ideas and more voices to the table, as well as a different way of thinking and managing a team. With fewer women in tech, the tech in Nigeria will make much less of an impact. There are some products that, almost by definition, only women buy. Examples: pregnancy tests, ovulation tracking tools, etc. This is not to say that every women in a technology company is an expert in creating products for women, but then certainly tech companies can benefit from an understanding of the perspectives and needs of women.

To encourage the girl child

With the women constituting a small percentage of the work force in the Nigerian tech field and even more leaving the industry regularly, it becomes difficult having a female tech role model for the younger generation. More women in tech, will encourage more girls to pursue their own interest in tech and thus, enable greater equality. It will further lead to a demise of  the image of a male-dominated tech world, and end the cycle of female discouragement.

Related Topics:reasons Nigeria needs more women in Techslideshow
Up Next

Things to think about before becoming a landlord in Nigeria