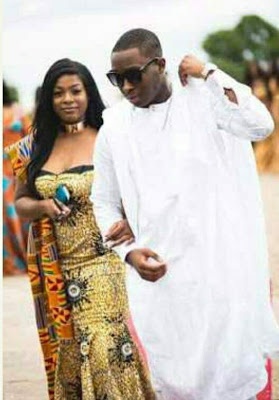 A Kenyan woman has listed the reasons Nairobi women admire Nigerian men and they are quite interesting!
According to Cate Mukei, Nairobi women love Nigerian men so much that they would walk through Sahara desert without water and food just to get one.

“Some even go to an extent of praying about on to their pastors or signing up to online platforms where they hope to find ogas. Naija brodas on the other hand seem to have mastered some of the weird reasons why our women love them and have perfected them.”

Below are some of the reasons Nairobi women admire Naija brodas:
1. Visa holders
Mogaka you can keep your Nyamira Express bus ticket we are flying to Lagos. Kenyan women naturally love visa holders. In fact they love anybody who was born beyond Eastern Africa. This is a free ticket to flying out of their country, taking selfies and filling our social media timelines in the name of having traveled ‘abroad’.
2. Hyped lies
Ironically most ladies actually know when Olamide is lying but they still choose to stick with him. they probably hope that one day his lies will translate to all those riches and travel plans he has been talking about.
3. Flashy
Chinedu owns a suit imported from Giorgio Armani headquarters in Italy although he lives in a Sh.15000 servants Quarter in Lavington. But who really cares about his two sufurias when he can show up in a chopper in your village. Omusakhulu on the other hand only owns one three buttoned oversize suit.
4. Talking big
Ikwechuku will promise you heaven and earth but hardly delivers and the ladies know it too. However, there is always that urge to hold on hoping that one day he will keep his word. Then again he is much better than Kamau who doesn’t even talk about prospects of buying a bicycle.
5. Some are loaded
Not every Nigerian man is a poser. Some of them actually have real jobs, real money and outlined ambitions. Who would choose a broke Kenyan man over a loaded Naija broda?
6.Carrot and stick tactics
Naija men can really treat a lady when they have the money but if you are planning to get on a long term plan with Obiajulu just be sure that you will pay for it at some point. A Nigerian man can pay your rent for a whole year but he will expect you to hold forte when things are thick.
7. Promise to take them to Nigeria
If the furthest a woman has traveled in her lifetime is Mombasa, to finally set foot in Lagos, a city she has been watching on Naija movies is a dream come true. Flying out to visit in-laws in Port Harcourt is gisty compared to taking a matatu to Gaichanjiru.
8.They have time
Time automatically translates to attention and that’s why they will notice that your tiny toe finger polish has chipped off. They are the same men who accompany their women to salons and wait for them to get their Peruvian weaves attached on their otherwise scanty natural hair. A Kenyan man doesn’t even know his wife’s best friend because he is rarely with her and when he is he automatically switches off because his woman is a nag.
9. Random gifts
A Naija broda can buy you a Range Rover mid January. Although you might have to sell it some time in future for survival purposes, you must admit that he actually tried.A Kenyan man will only get you a gift when they cheat on you.
10. Bravado
These are the same men who can fly to Europe without a shilling and still survive without being arrested. Women love the dash of danger which makes them imagine how adventurous they can get in bed. Kenyan men on the other hand can’t even go to shopping malls anymore because they are afraid of Alshabaab.

5 Interesting things about the Yoruba People