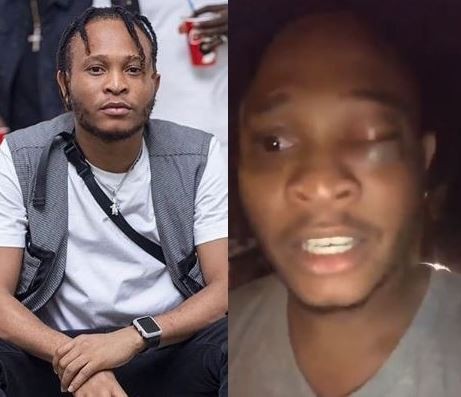 Reactions have been pouring in since a video of rapper Viktoh who was assulted  by a policeman surface online.

Viktoh who at a time was an artiste on  Olamide’s YBNL label was allegedly assualted by an officer of the Lagos State Police command after he performed at the Zlatan’s concert at the New Afrikan Shrine Ikeja.

In a video recorded by the rapper, the officer responsible for the assault is seen profusely begging and apologising to the artiste.

Speaking on his assult, he tweeted:

‘I kept on tweeting and fighting against this police brutality but you guys ignored me now it has happened to me and someone is saying I never did something about it? This is sad’.

What Do You Think Of This Picture Of Mr Eazi Helping Temi Otedola With Her Hair?