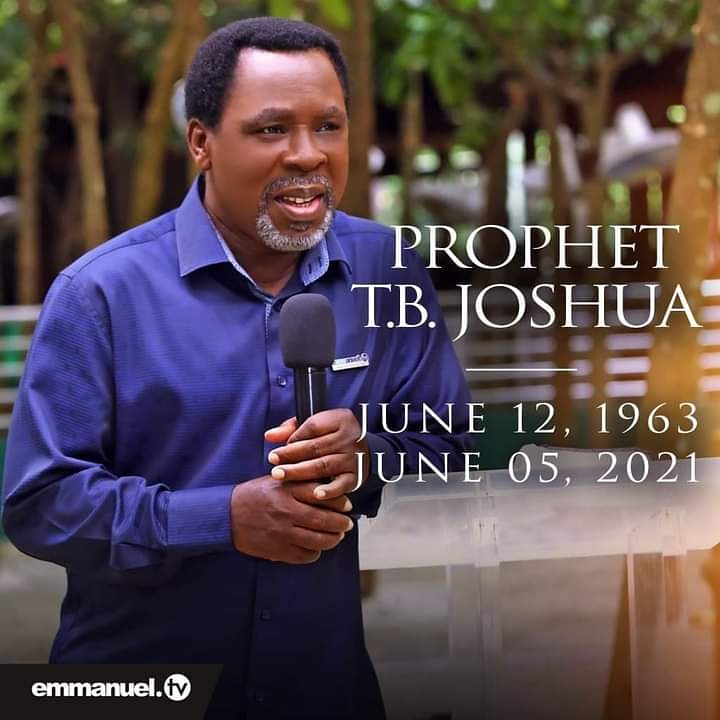 The wife of late Prophet Temitope Joshua popular as TB Joshua has reacted to his death.

The learned Barrister Evelyn Joshua while reacting to the prophet’s death said; “Losing a loved one is never easy; whether sudden or foreseen. It is always heart-breaking. 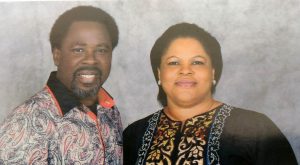 “Grief can wreak havoc on our overall well-being. That’s why it’s important to stay rooted in the Almighty.

“Only He can lessen our heartache and comfort us in these times. Seek refuge in him.”

Recall that Prophet Joshua died on Friday, June 5, after a meeting with a team from Emmanuel TV, the televangelism arm of Synagogue Church of All Nations (SCOAN).

The clergy was said to have been feeling funny while ministering during a church programme. He subsequently returned to his room to rest and passed on in his sleep.

He was later discovered by his wife who called for help, but efforts to revive the clergy failed.

TB Joshua was pronounced dead at about  3: PM when he was rushed to a private hospital.

Presently, his corpse has been deposited in a private morgue awaiting burial.

Meanwhile, an emmissary has been sent to his hometown in Arigidi, Akoko in Ondo State to break the sad news.