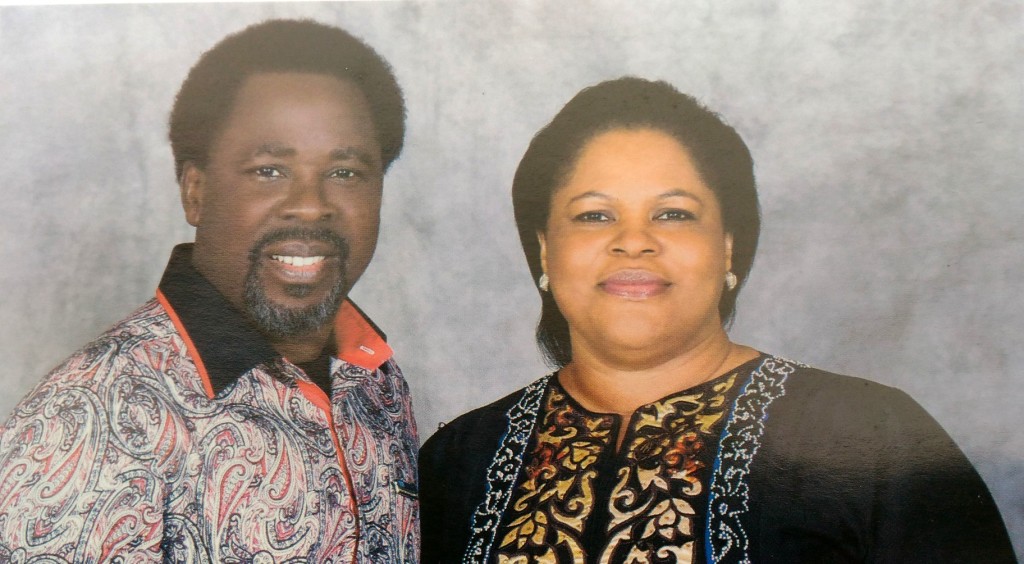 The dust of the crisis rocking Synagogue Church of All Nations (SCOAN) is yet to settle.

This is as some senior members of the church founded by late Prophet Temitope Babatunde Joshua have rejected the emergence of his wife, Evelyn, as the new leader.

Recall that late Prophet Joshua died without a successor. Since his death, his wife has tried to takeover the reign of leadership with several people questioning her move.

Those kicking against Evelyn’s emergence said the late founder expected his successor to be from among the Pastors in the Church whom he had anointed.

They claimed that the rule has been swept aside by a few members, whom they alleged were building stumbling blocks against the progress of the church.

In a statement in Akure under the auspices of Global Congress of SCOAN Members, (GCSM-) and signed by one Adedeji Opeyemi, President of GCSM and Secretary, Mr. Brown Chimieze, the SCOAN members called on all Christians and people all over the world to help in sustaining the church from ruin.

The statement said the biggest task was to honour the last wish of Prophet Joshua and keep his flag flying.

They said: “We are worried about the emergence of Mrs Evelyn Joshua, the wife of the late founder who made unilateral declaration of herself as the new leader of the Church.

“Where is the resolution of the 2000 members? Can 2000 members pick a successor in a Church with millions of members all over the world in five continents? What is the constitution of the Church? Was it followed?

“Pastor TB Joshua never ran the Church on the basis of profit. Today, there is a design by the newly self- imposed leader, Mrs Evelyn Joshua to commercialise every activity in the Church for money.

“Mrs. Evelyn Joshua is not a Pastor. She was never anointed by Pastor Joshua. She was not part of the founding members of the Church. What is the basis of her emergence as the person now parading herself as the new leader?

“Under the aegis of SCOAN Congress, made up of members from 188 countries, we shall continue to inform and educate the public, peoples all over the world on every development at SCOAN until wisdom, the ways of God and common sense prevail.”

Recall that a court recently pronounced TB Joshua’s wife, Evelyn Joshua, as a trustee of SCOAN in line with the church’s constitution, which prescribes a minimum of three trustees for the church.

The judgment delivered by Justice Tijjani Ringim was sequel to a petition by concerned and committed members of the church, represented by Mr. Kola Kareem and Mrs. Moji Oguntoyinbo against  Incorporated Trustees of the Synagogue Church of All Nations (SCOAN); the Corporate Affairs Commission (CAC) and Mrs. Evelyn Onyisi Joshua in a Suit No: FHC/L/CP/1109/2021.

Imo: Government Appointees And The Iberiberism Of Grab All Mentality

Primate Ayodele’s Prophecy On Jailbreak In Nigeria Comes To Pass