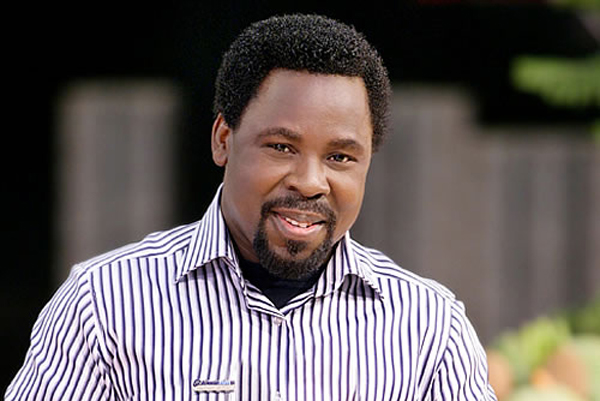 In response to the coronavirus outbreak, mega companies such as Apple and Nike have announced they will close most of their stores worldwide until Friday March 27th 2020.

In a similar announcement, Ferrari has decided to suspend production of its cars at its Italian factories until March 27th to protect its workers.

Remarkably, the date announced for the re-opening of these companies is exactly the same date that TB Joshua announced on March 1st 2020 would mark the end of coronavirus.

In a video that has since gone viral on YouTube, the Nigerian cleric stated the dreaded disease would “go the way it came”, adding that rain would fall “to wipe away all fear of the unknown”.

On Thursday 12th March 2020, Joshua echoed this declaration in a message on social media directed to US President Donald Trump.

“The noise of coronavirus will be silenced before the end of this month,” he wrote on his verified Facebook page, adding that the travel ban instituted by America on European countries would cause both economic and political backlash for Trump.

“Coronavirus is fear and fear lingers in the air. Fear does not need to fly to America or any other country on a plane before being contracted,” he counselled.

Across America, schools and universities have equally been closed – also announcing intentions of reopening on March 27th 2020 – as efforts to contain the spread of the coronavirus intensify.

In Wuhan, China – the epicentre of the disease outbreak – new cases have reached a record low with Chinese health experts predicting the nation would be free from the disease by the ending of March.

China to Lagos, the frightening timeline of a deadly virus