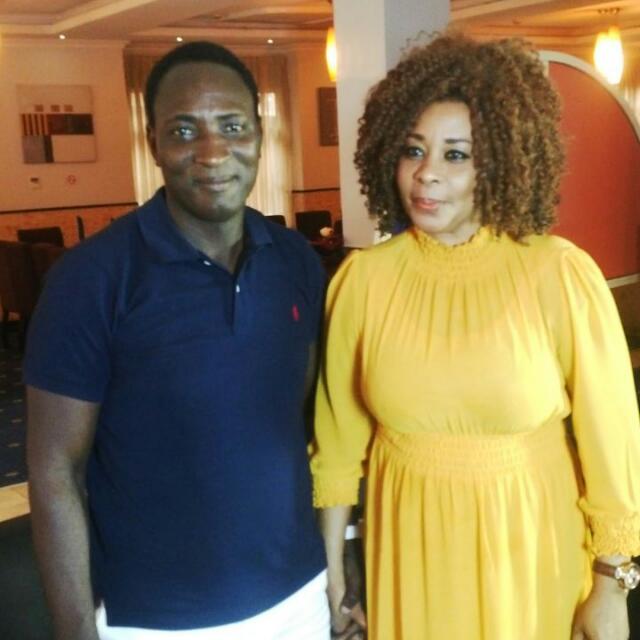 *** To Fight Against Child Sèxual Abuse

Boldfaces International took the fight against child sexual abuse to the house of God by partnering with the General Overseer and Founder of Christ MercyLand Deliverance Ministry, Prophet Jeremiah Omoto.

Fufeyin, one of the fastest growing deliverance and healing ministries in Nigeria with millions of followers across the globe.

Famed for healing veteran Nollywood actor, Ernest Asuzu, from demonic attack and stroke, and also empowering him spiritually and
financially, this man of God is someone with a heart of gold, who is willing to help humanity.

He believes in a ministry that not only delivers people spiritually but must empower with a physical deliverance breakthrough as well.

A passionate father with a mandate to protect young vulnerable children before they are harmed by sexual predators within the
society, his passion for the safety and wellbeing of children initiated his willingness to be Boldfaces Psychologist Special Marshal
Ambassador in the fight against child sexual abuse in Nigeria and across the world.

During the partnership inauguration meeting, he stated on behalf of himself and his wife, Prophetess Antonia Fufeyin, and the entire
MercyTV Sons and Daughters and Partners that together they will work closely with Boldfaces Psychologist in educating his congregation,
followers and community on the need to be vigilant and pay more attention to children and watch out for any unusual changes in them.

He also promised to personally drive home the message on how to watch out for the vital signs of child sexual abuse.

He commended Mrs Tricia Eseigbe Kerry and the entire Boldfaces Psychologist On The Move crew for their commitment towards advocating
for the welfare of women and children in the society and then appealed to other religious organizations, government, ministries, public and
private sectors and individuals to do more in the fight against child sexual abuse in Nigeria.

Prophet Fufeyin used the opportunity to thank God for saving the lives of Boldfaces and MercyTV 12-man crew that was involved in the recent
boat mishap while filming his biographical documentary titled – BEHIND THE PULPIT’ – An exclusive new series of Boldfaces Documentary, first of its kind in Nigeria, profiling a man of God. Filmed in Lagos and across Delta State.

In her response, the CEO of Boldfaces International, Mrs Tricia Eseigbe Kerry, thanked Prophet Jeremiah Omoto Fufeyin for the
wonderful works that God has been doing through him, and she stated that with this partnership and the millions of his followers locally and internationally, she believes that Hundreds and Thousands of our children will be well protected from sexual predators looking to harm this innocent children.

She prayed that God will continue to uplift him and his ministry in the partnership and fight against child sexual abuse.

She called on viewers across the world to watch out on the exclusive Boldfaces Documentary ‘BEHIND THE PULPIT’ currently being filmed and
waiting to be broadcast in major television stations across Nigeria, Europe and America, to be shown later this month and into the first
quarter of 2017.