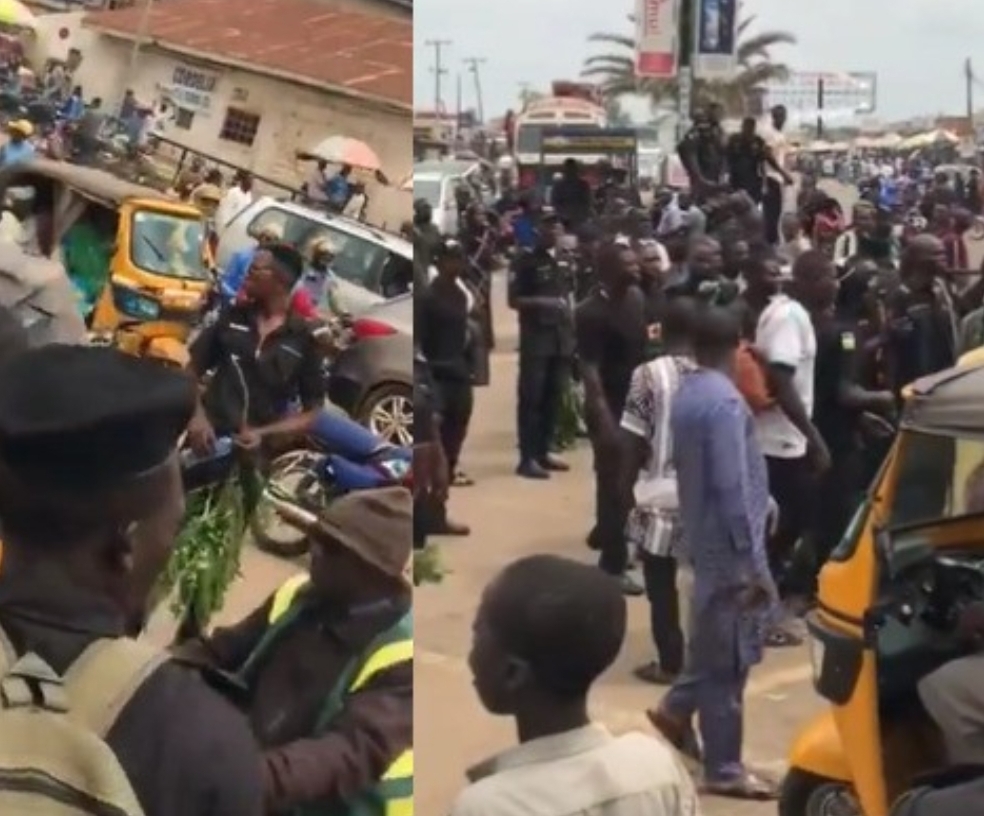 Men of the Kwara State Police Command have embarked a protest over unpaid salaries.

Videos of the protest showing some of the officers holding leaves as a show of solidarity with the course recently surfaced on social media.

Reacting to the viral video, the state police command in a statement released by its spokesperson, SP Okasanmi Ajayi, dissociated itself from the protesting officers.

According to the statement, the officers seen in the video are police special constabularies recruited to complement the operation of community policing.

”It is important to state  that the concept of community policing and recruitment of special constabularies is voluntary in nature, meaning they are not on monthly renumeration like the conventional policemen.  This much the constabularies were briefed before taken up the job, besides, the job is not full time job.

“It was surprising that the same set of constabularies after the meeting with agents of the state government could go online with a video claiming that the government was owing them salaries for a year.”

Further, Okasanmi mentioned that the state Commissioner of Police, CP Tuesday Assayomo has stated categorically, that the police is not owing any policeman or woman salary, neither is the police owing the special constabularies salaries.

”Therefore, members of the public are advised to disregard the viral video as it was designed to embarrass the police and also to draw an  undue sympathy from the public. The men and women of the special constabulary are at liberty to honorably disengage from the service if they so wish,” the statement concluded.