The Rivers State Chapter of All Progressives Congress, APC, said she finds it disgustingly hypocritical for Gov. Nyesom Wike to extend an advice on peaceful conduct of congresses to the APC while the dust generated by massive violence and mayhem that characterized the recent PDP local government primaries across Rivers State is yet to settle. 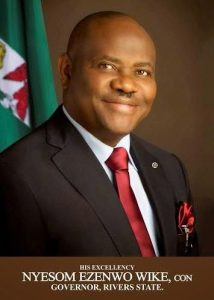 The APC in a statement signed by its Publicity Secretary, Mr. Chris Finebone said, “We believe that the unsolicited advice by governor Wike is a script from his dubious and irresponsible politics to divert attention from the massive criticism of the unbridled violence, killing and destruction of property during the PDP primaries by well-meaning Rivers people and Nigerians.”

The statement reads in part: “It would have been far more important if Gov. Wike had preached peaceful primaries to his party men and women. It would have been quite needful if the governor walked the talk by not planting the seed of imposition, discord and deceit in his party which eventually led to the kind of unprecedented violence that marred their primaries. That surely would have been a more practical means of preaching peaceful congresses.

“The APC believed that Gov. Wike is jittery that at the end of its congresses, peace-loving Rivers people will have the opportunity to compare the activities of PDP and APC. The governor fears that Rivers people will so easily confirm that PDP members as those responsible for the political violence in Rivers State against the peaceful disposition of the APC. It is this fear that has propelled Gov. Wike to embark on offering his tainted advice. We say to him, “Physician, heal thyself.”

The ‘Lazy’ Youths of Nigeria By Tony Ogunlowo

Ekiti 2018: One Costly Mistake and a Million Errors