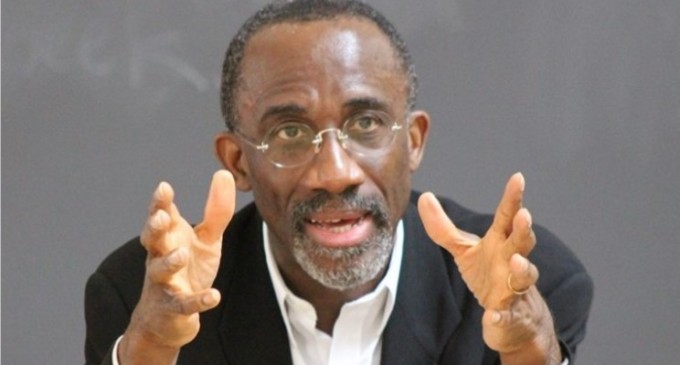 Following the recent Tax haven leak that rocked some top business men and politicians in Nigeria and across the world, the latest revelation has it that the former UBA boss, Hakeem Belo-Osagie has been name in a recent leak according to Premiumtimes.

According to them, a portion of the wealth owned by former Chairman of the United Bank for Africa (UBA), Hakeem Belo-Osagie, is domiciled in trusts and shell companies in some notorious tax havens around the world, with some in Jersey in the Channel Island.

The Channel Islands are a tax haven and an archipelago in the English Channel, off the French Coast of Normandy.
Mr. Belo-Osagie, now Chairman of Etisalat Nigeria, was listed by Forbes Magazine as the 41st richest man in Africa with a net worth of $600 million as at November 2014.

One of the tax-haven Trusts in Jersey is known as the Belo-Osagie Trust 2 which actually is a front office for a shell company called Clerkenwell Management Limited.

The relationships of these two entities and other offshore subsidiaries are buried in a complex layers of secrecy.
This information came to the fore as PREMIUM TIMES continued to scrutinise the over 11 million Mossack Fonseca documents contained in the sleaze dossier now known worldwide as the Panama Papers.

Documents show that Clerkenwell Management Limited is “an entity 100% owned by the Belo-Osagie Trust 2 (the “Trust”)”.

However, Mr. Belo-Osagie is not listed as a trustee. The trustee of this Trust is a company named Chesham Limited which registered office is given as 13 Castle Street, St. Helier, Jersey JE4 5UT, Channel Islands.

In tax havens arrangement, nominee directors are usually used as fronts for beneficial owners of entities.
Mr. Belo-Osagie “of 21 Ikoyi Crescent, Ikoyi Lagos Island, Nigeria” is listed in the documents as the settlor of the Trust .

The Etisalat chairman and his Ghanaian wife, Myma, are named as beneficiaries of the Trust.
But in a convoluted and confusing legal arrangements, the same documents which described the couple as “settlor” and “beneficiaries”, state that Mr. Belo-Osagie and his wife “are not direct owners and are members of a discretionary class of beneficiaries. The ultimate controlling party is the Trustee (Chesham Limited).” That kind of arrangement and claim, PREMIUM TIMES has found, are in line with offshore shell companies practices where things are never straightforward.

But further checks by this newspaper revealed that Chesham Limited is in turn 100 per cent owned by Sanne Fiduciary Services Limited.

The offshore sister companies are Airport Square Trust in Jersey and Tamerlaine Limited in British Virgin Island.
These companies, working with Belo-Osagie Purpose Trust, have business activities such as “Investment in Ghana Airport City Development Limited.”

Myma Belo-Osagie is the beneficial owner of Tamerlaine.
If the legal documentations appear a jigsaw puzzle, one piece of paper graciously serves as the smoking gun. On the source of funds transferred to the Trust, the document unequivocally stated that “All funds settled into the Trust originated from Mr. Belo-Osagie.”

The document went further to clarify that:
“Mr. Belo-Osagie received funds from consultancy work in Nigeria and these were placed in a Liechtenstein structure. A proportion of these funds were invested in UBA, a Nigerian bank.”

The nature of consultancy undertaken by the businessman was not indicated.

The document however added, “The shares in the bank were subsequently sold at a substantial profit through Afrinvest, an FSA regulated broker based in the UK. These funds make up the bulk of wealth transferred to the Trust.”

Tax authorities the world over view Liechtenstein with a certain level of notoriety and suspicion.
The Liechtenstein structure or Liechtenstein-based arrangements are generally marketed to wealthy individuals to avoid or evade tax obligations in their home countries.

The promoter may provide a paper trail of documents that leads nowhere as the documents do not reflect substance of transactions and the owner’s interest or involvement in the structure.

It was gathered that a special-purpose fund is separate from the assets of its founder and forms the assets of the Trust or Foundation from then on; as such, the owner does not pay tax on them.

A Liechtenstein structure has no members, partners or shareholders. The owner directly or indirectly transfers assets to the structure. The assets may include cash and investments in term of deposits, bonds or equities, which may themselves consist of undisclosed income or gains from another country.

The structure then uses the assets to generate passive income, which is retained by the structure. The owner and/or his associates ultimately reap the economic benefits from the structure, often in a disguised form. The structure may be used as a holding company for other entities in which the owner has interests.

Mr. Belo-Osagie’s father, Professor Sunmonu Belo-Osagie, was the gynecologist to the family of former Nigerian military president, Ibrahim Babangida. His family’s connections with the military in the 1980s was a springboard for his appointments as a Special Assistant to the Presidential Adviser on Petroleum and Energy and later as Special Assistant to the Minister of Petroleum and Energy, positions he admitted in interviews opened for him his first road to fortune.

In 1998, he acquired a controlling stake in UBA and became the bank’s Chairman. But the businessman, who is one of the sponsors of a new $120 million shopping mall currently being developed in Jabi Lake Abuja, was in 2004 forced out of UBA by the Central Bank of Nigeria (CBN) following a complaint by US authorities.
In 2002, UBA, under Mr. Belo-Osagie, became the focus of a CBN probe over money laundering and foreign exchange abuses.

The sum of $2.5 million had fraudulently been withdrawn from the US Treasury by one Neil A. Smith. The money was laundered in tranches to various banks for further disbursement to designated banks in different parts of the world.

Of the sum, $350,000 was wired in September 1999 into the account of a Nigerian company, Zamora Nigeria Limited, at the New York office of the UBA.

Investigators by the US Secret Service tracked the money and consequently froze the Zamora account. The Service also uncovered some other fraudulent transfers received by Zamora for further credit to the accounts of some companies in Nigeria. Zamora was found to have been floated by insiders within the UBA.

In trying to unmask the owners of Zamora, the CBN discovered that although the name of Mr. Belo-Osagie’s father did not feature in any of the company’s documents at the Corporate Affairs Commission, it came up as a director of the company in money transfer returns of July 8, 1999 to the Nigeria Drug Law Enforcement Agency.

Five months later, two proxy directors of Zamora, Messrs Ovie Ukiri and Olasupo Sasore, held an extraordinary general meeting, tendered their resignation letters to themselves, accepted their own resignation and in the same breath appointed Mr. and Mrs. Ahonkhai as the new directors, subsequently transferring the company’s shares to the couple.

The new directors were found by the CBN to be resident in the United Kingdom and were neither aware of their appointments as directors nor of their new status as shareholders in Nigeria. The couple’s signatures on Zamora documents were found to have been forged.

Promoters of Mr. Belo-Osagie’s activities in Channel Islands admit in the secret documents that the bulk of the wealth transferred to the Trust came from UBA shares sold at substantial profit.
Although the UBA Chairman is not known to have ever participated in shares racketeering, shares purchase manipulation was rife in the banking industry leading to a bubble in 2008.

Not a few managing directors and directors of banks were found culpable by the Investment and Security Tribunal in the stock market bubble that led to the near collapse of Nigeria’s capital market.

Loans were obtained from foreign banks and with the funds the directors initiated a scheme that resulted in the local banks funding the purchase of their own shares. As artificial high prices of shares set in, unsuspecting investors chase after these shares which are quickly off-loaded leading to great losses to genuine investors.

Mr. Belo-Osagie was contacted on Saturday to comment for this story. He initially did not answer or return calls. But he replied a text message on Sunday, saying he would revert. He gave no time frame.

When the reporter told him he had a deadline, the businessman said, “I have been a private businessman for 30 years. I must have created or used well over 300 or 400 companies abroad and in Nigeria over that period. There is no way I can give you accurate information on two company names over a weekend when I have no access to company or legal records. Your midnight deadline is impossible.”

5 Smart ways your Phone can Save your Life