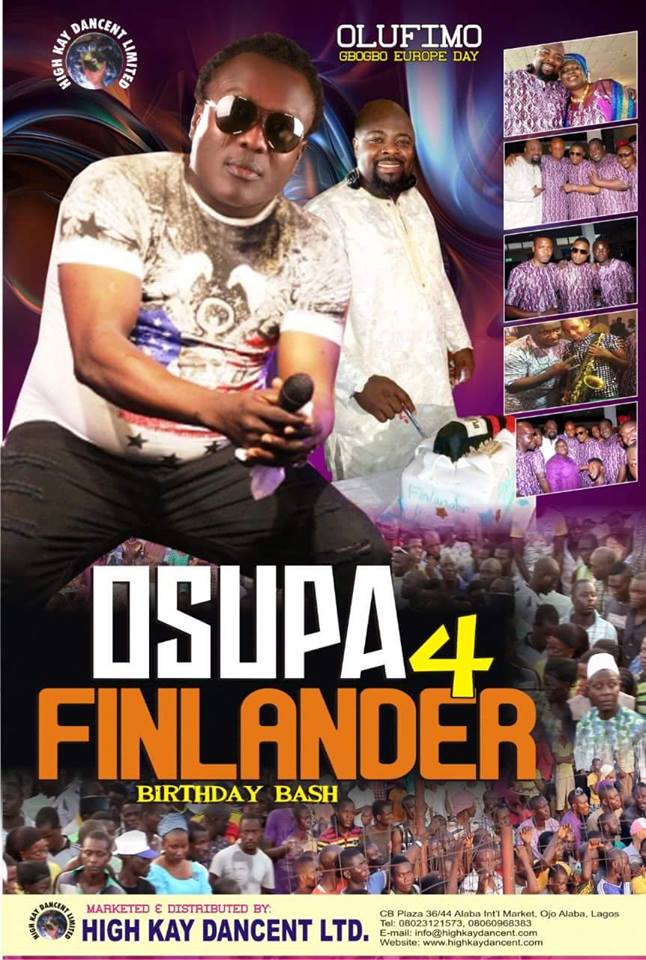 Ahead of Osupa Europe Tour 2016 slated for August to October, the Osupa for Finlander Birthday bash VCDs and CDs have been released into
the European market.

According to information gathered, the VCDs and CDs were released in Europe after massive demand for them.

The event was attended by several Olufimo family members both in Nigeria and abroad.

On that day, he was conferred with the title of Olufimo Gbogbo Europe and the Bobagunwa 1st Olufimo Worldwide.

It was reliably gathered that several efforts were made to frustrate the release of the live VCDs in Nigeria, but it was finally released and its sale has skyrocketed thereafter.

At the moment, we learnt the Edo State-born Finland-based big boy is doing everything possible to ensure Osupa, who he described as the
best Fuji musician, has a successful tour of Europe come August.

Why I Admire Kiss Daniel-Mayokun