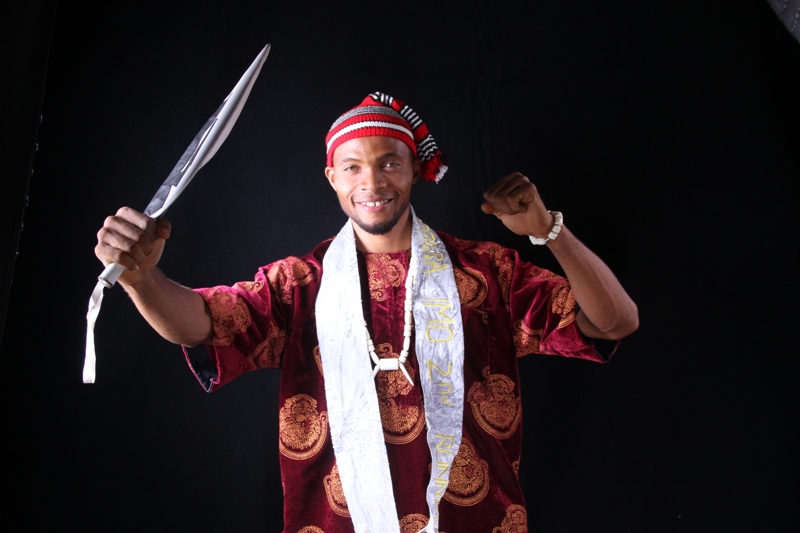 Reining Face of Igbo Heritage, Ukoha Paschal Izuchukwu who emerged second runners up at the Ada & Opara Imo Pageant has revealed that the crown has turned him into a big dreamer and he is prepared to use agricultural education to amongst the youths to boost the economy of Imo State.

“I can now express my love for our culture, tradition and language.  Now all I think is enlightening other youths on how agriculture can change our country in this period of recession.

“I say so because the price of dollar will not affect the cassava in the farm, nor the fish in the pond. It does not affect the palms, fruits nor the rains; instead one can earn more in this period and remain relevant in making our state and country a better place” the Face of Igbo Heritage said, pledging to use his position as an Igbo Culture Ambassador as well as experience from the Face of Igbo Heritage brand to promote not just agriculture, but the culture and language of the Igbo nation.

With a short spell in the movie industry, featuring in movies ‘Akila’, ‘Imo River’, ‘Family man’ amongst others, Ukoha Paschal Izuchukwu is relishing the dreams of being a part of big movie projects and also working with concerned organizations and individuals in actualizing his pet projects, which he revealed will be on agricultural education amongst youths.

“I want to work out something. I want to make a huge mark that will help make Imo State a better place in this tough period. I want to replicate the love Imo State government has shown us in the contest and I don’t just want to wear the crown and fade away, I want to reign with projects that will crest my name in people’s hearts”, he revealed.

On being the third on the line, he said; “No regrets with where I am today. I didn’t come first, but I didn’t come last. I am a winner and will always be. I congratulated the others because that’s what we do. They were terrific and we have come a long way through pageants, so their crown is still in the family and I am happy for everyone who won at the contest”, Ukoha Paschal Izuchukwu who is also a fitness instructor said.

Related Topics:Opara Imo: Agricultural education amongst youths will save our economy - Ukoha PaschalslideshowUkoha Paschal
Up Next

Between CDQ And 323 Entertainment