The posthumous birthday of the mother of the Ooni Of Ife, Ooni Adeyeye Ogunwusi is October 30th.

However, dead, her children decided to remember her, as they went to her tomb to say a prayer for her.

The late matriach died on April 29, 2012 at the age of 66 and left behind her husband Prince John Oluropo Ogunwusi, children, Adegboyega, Adetunji, Folashade, Adesola, Adeyeye (Ooni of ife) and Adebimpe. 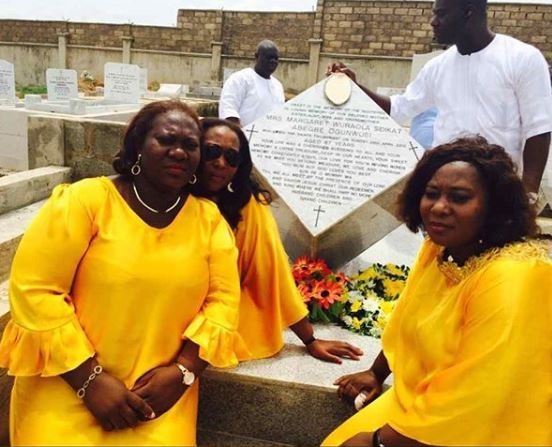 Ibukun Awosika Is No Sexist