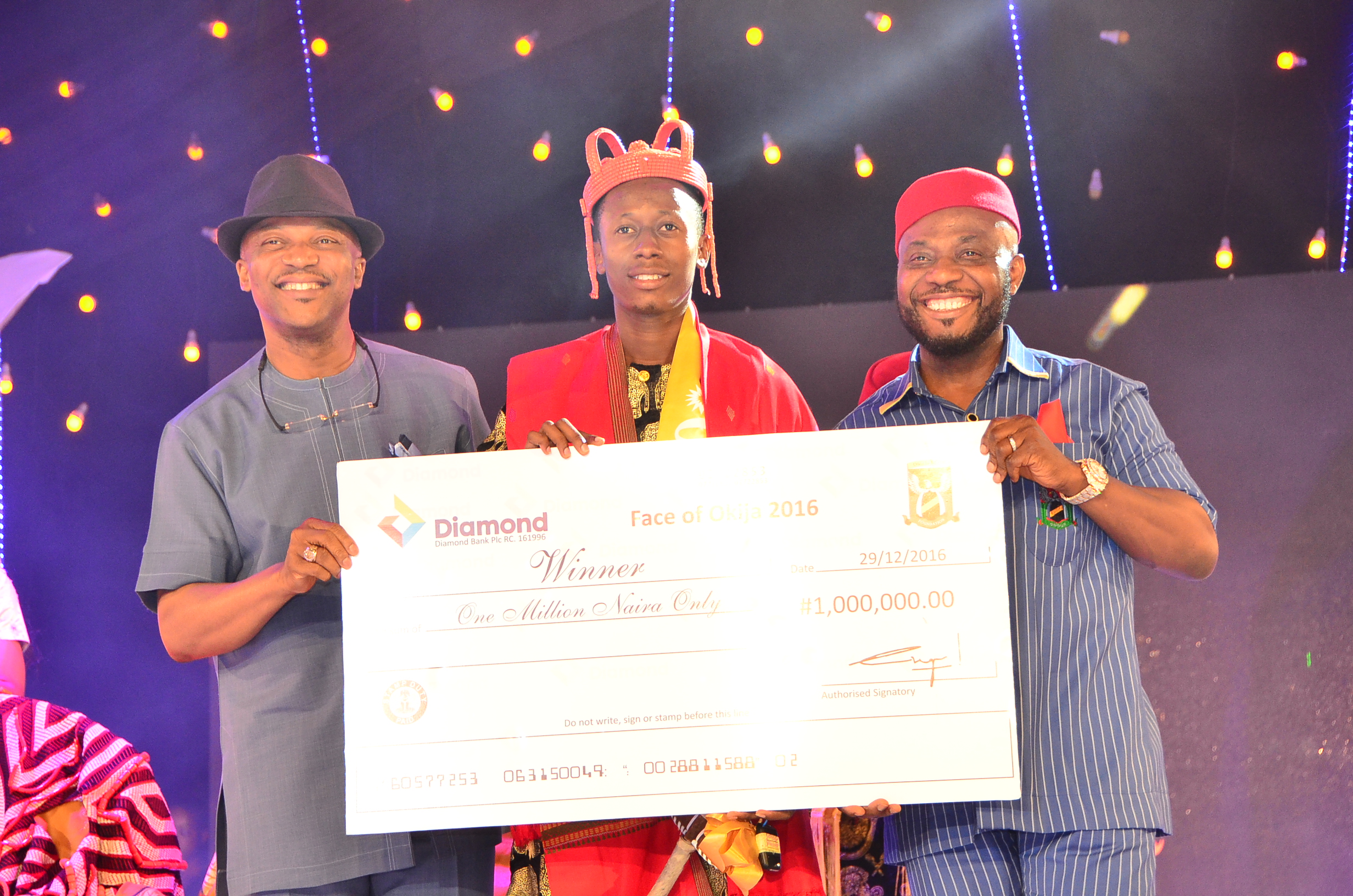 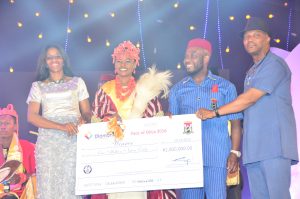 Okija town in Ihiala Local Government Area of Anambra State affirmed its historical importance as the hub of Igbo tradition on Thursday, December 29 as winners emerged in the 2016 Face of Okija Pageant held in the sleepy community, comprising 30 villages.

The event, which saw Chinasa Ezeamaka and Chukwudi Enukoha emerge as the new Queen and King of Face of Okija respectively, was witnessed by foremost traditional rulers, celebrities and accomplished individuals from different parts of the country.

Hosted by the Obijackson Foundation, the CSR arm of the Obijackson Group, one of Sub-Saharan Africa’s fastest growing conglomerates with vast investments in major sectors of the Nigerian economy, Face of Okija Pageant is a music and cultural festival aimed at rejuvenating the Igbo culture that has been badly eroded by all manner of external influences.

According to the Founder of the Obijackson Group, Dr. Ernest Azudialu-Obiejesi, who presented the winners with keys to brand new Corolla cars and cheques for the sum N1million each, the “Face of Okija Pageant is a special purpose programme (SPP) activated to insulate the Igbo culture, beliefs and tradition from continuous attrition. The initiative is a preservative agenda for sustaining our ‘Igboness’ and promoting our essence as a people”.

With their emergence as winners in the 2016 Face of Okija Pageant, Chinasa Ezeamaka and ChukwudiEnukoha, in addition to other prizes, have become ambassadors of the Obijackson Foundation and are placed on fixed salary of N1.4m for the duration of their reign.  In their new role, they are expected to leverage their status to impact lives in Okija, Igboland and the Nigerian nation through active involvement in a mix of social welfare programmes and initiatives will undertake in the days ahead.

Aside from excellent performance by Ebuka Obi-Uchendu and Bovi Ugboma, who were the event comperes, scintillating performance by Ifechukwu Eze (Ifex G), winner of the star prize of N500,000 in the Okija Rising segment of the event created to discover and help youths nurture their musical talent, held the audience spellbound just as Phyno glided to the stage to take the audience to another level of excitement, with his energetic and thrilling performance.

Though Face of Okija 2016 may have ended as a festival where guests had so much to drink and eat, the real success of initiative is its growing appeal and impact on Igbo youths.

Clearly, from the number of entries and quality of performances at this year’s festival, it would not be out of place to conclude that Igbo youths are gradually embracing the cultural heritage of the Igbo nation and becoming the custodians of the Igbo culture and tradition.

The Calm Of Otunba Mike Adenuga