Controversial actress, Ifu Ennada, has slammed a married man who criticised her for having “no curves” .

According to the reality show star, the man took to the comment section of her page to share his thought.

Wondering why a married man will be obsessed with a single woman’s body, the reality star attacked her critic, saying “thunder is waiting for him this week”. 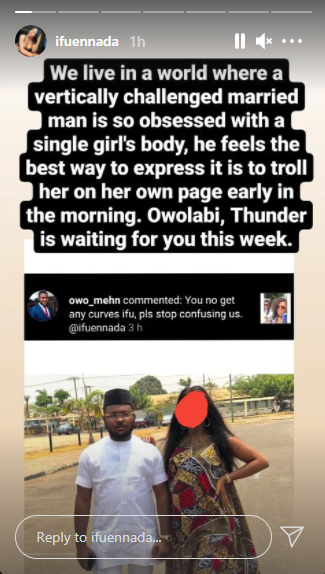 Related Topics:Ifu EnnadaIfu Ennada Slams Married Man Who Said She Has No CurvesReality Star
Up Next