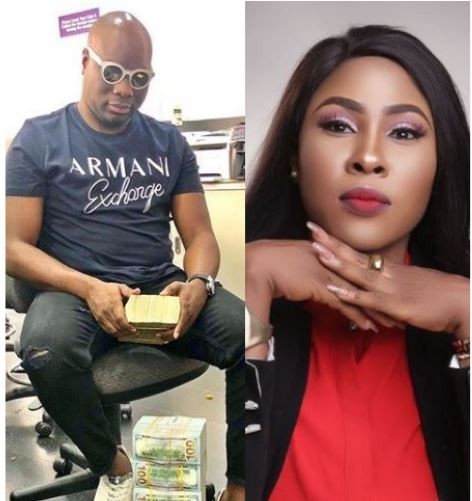 It  is no longer news that actresses in Nollywood can descend to the loweset for money.

One actress who has been caught in the web of a money-related issue is Nnaji Charity.

Nnaji was accused by flamboyant  Nigerian, Mompha of begging him for money.

Mompha who is based in Dubai shared a screenshot of his DM showing where Nollywood actress, Nnaji Charity slid in to beg him for money and when he didn’t respond, she called him ‘Stingy Goat’.

Reacting to Mompha’s claim, the actress simply said, ‘I can never go offline because of this rubbish and this can not change my passion either’.

Talk of a thespian with no shame.

See their exchange below…. 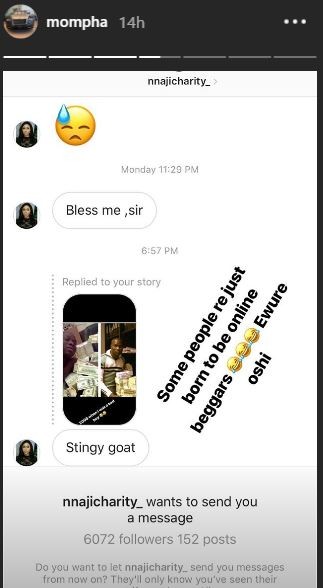