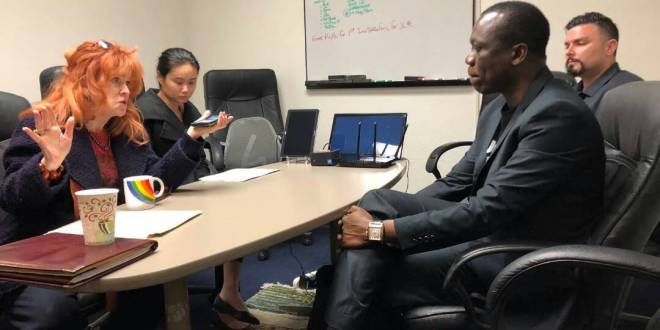 Nollytainment has scored another first with a landmark achievement called Nollycloud.

Nollycloud, is a new proprietary technology that would allow video and movie users to download huge data files from the internet to their Phones, Laptop or desktop devices, with fast speed and devoid of internet bandwidth subscription.

Speaking about the initiative, the founder and chief executive officer of Nollytainment, Dr Ope Banwo, said it is a major breakthrough in the movie distribution, download and consumption experience.

He said, “We are so blessed to be the first company to partner with a tech company solve a major problem that has limited the growth and development of the movie industry in developing nations where the cost of internet access is ridiculously expensive and prohibitive for users.

“Many people who have been prevented from being able to download and enjoy full length movies on their mobile phones, laptops or desktops can now do so with astounding speed at not cost of internet bandwidth. I honestly can’t overstate the importance of this app to the growth of the movie industry,” he added.

He further stated that the NollyCloud is being positioned to be one of the key products in the Nollytainment blockchain ecosystem, adding that the app would be available initially as an exclusive utility for holders of the Nollycoin Cryptocurrency.

“The official rollout of the NollyCloud has been tentatively fixed for the first week in August as part of the schedule of the unveiling of the different pieces of the Nollytainment ecosystem,” Banwo stated.