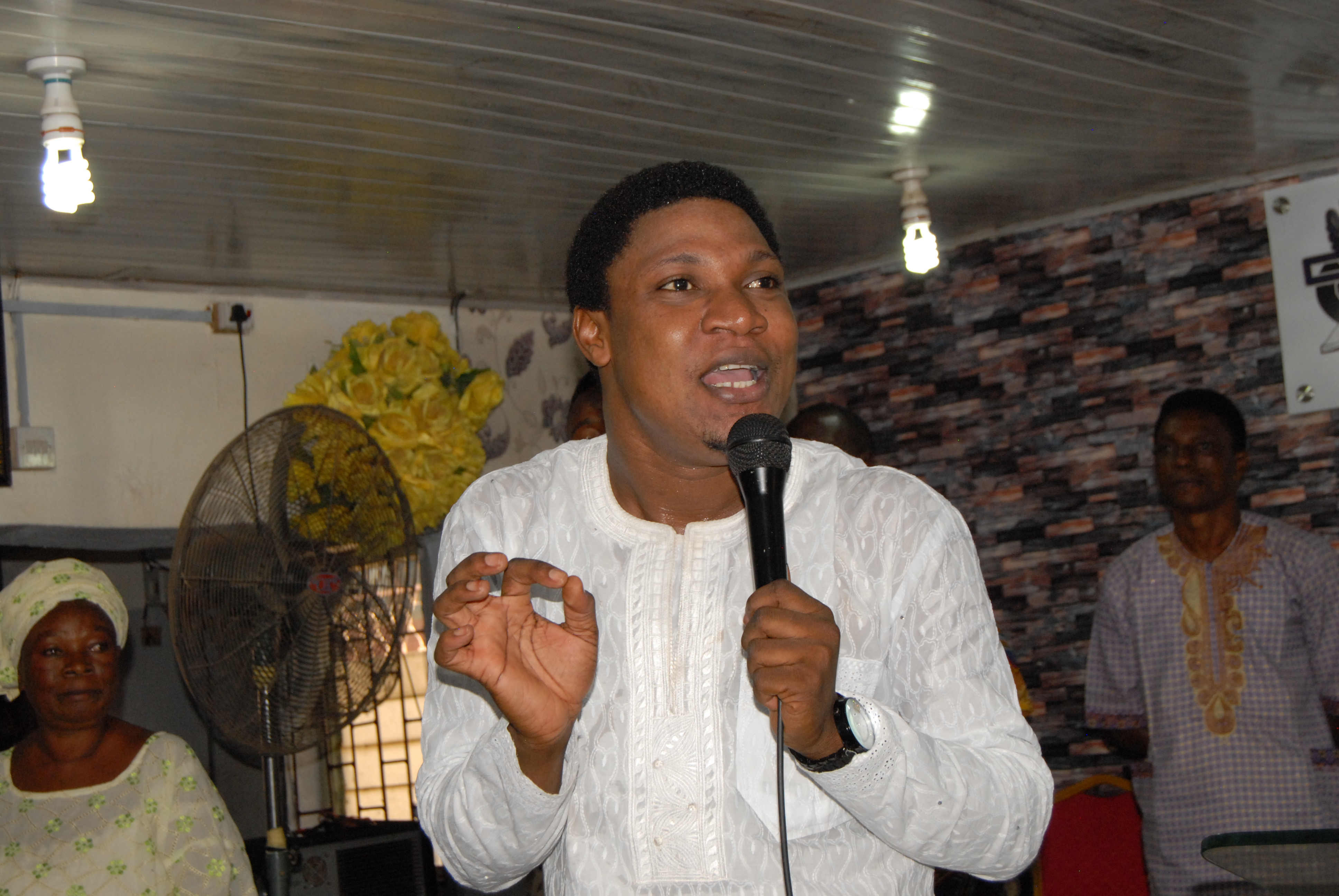 There is a new wave now in the Christendom; and this is about the fast emergence of a vessel of God, who has been performing wonders right from his adolescence.
He is the youthful and very versatile instrument of God, Prophet/ Evangelist Samuel Samiye Olabode (a.k.a
JESUSAMIYE), the General Overseer of Angel of Christ Gospel Church, Ibadan, is no doubt one of the leading prophets in Nigeria at the moment. Born into a Christian home, he founded himself in the vineyard of God, since he was a child.
He was a very prayerful person before he later launched out with his ministry fully in 2012, after having a dream repeatedly that God was looking for him. His ministry sprang out in full swing with a 14-day crusade, as directed by God; a momentous crusade and convention that which witnessed the convergence of a large turnout of congregation. Surprisingly, he was a Gospel Juju musician then, and his parents were doubtful if he was going to do well, but God demonstrated himself in the crusade.
As a result of this, the Angel of Christ Gospel Church, located at Oremeji Agugu, Ibadan, owned by his late father, Rev. Dr. M.T.K. Olabode, was handed over to him due to his zeal and passion for the work of the ministry, and ever since then, the church has been witnessing what we can label rapid and amazing growth, in terms of worshipers and the verifiable miracles which God has performed through him. Recently, as a way of expanding the church, the energetic prophet just acquired more landed property worth millions of Naira. He systematizes sequence of prophetic crusade programs in Ibadan, Oyo state, which include a TV program on BCOS Television, titled AGBARA AMIYE (Signifying Power of Life) every Sunday; yet another monthly program which shakes the whole of Ibadan, titled Night of Trouble My Trouble, and also a weekly service titled DASOROMI OLUWA (INTERVENE IN MY CASE OH LORD) every Wednesday. He was recently recognized as an Evergreen African Gospel Ambassador. He is one prophet who doesn’t joke with Fasting and Prayer just like the Holy Bible preaches that there is no miracle without fasting and prayer.
In 2016, he fasted for 101 days and again he has started another 71days fasting in the new ensuing year 2017, which all go to show how dedicated and committed he is to the work of God. It was even reported that during his last monthly crusade, a dead child was brought to the altar of God. The said child was said to have seized breath on the mother’s back and when the sensible mother noticed the unusual heaviness of the child on her back, she realized the child had passed out, that is cold dead and without much ado the woman swiftly took the body to the prophet of God. It was this scenario that made people really know why God gave Papa JESUSAMIYE as name, meaning (Jesus the Living Emblem). It took the man of God to strike the altar Bible on the dead child‘s abdominal section and instantaneously the dead child excreted, and life came back to the empty body; the boy still lives as a testimony of Prophet Olabode’s efficacy as a willing tool in the hand of God.
The whole of ancient city of Ibadan went agog with this occurrence as it became a din of the market in all households. He just returned from South Africa, where he ministered in a number of churches. Reports have it that the ministration was so prophetic and powerful that the several congregations were unwilling to let him go.
As a Prophet, he is known for his timely and accurate prophecies. During the last general elections in America conducted few months ago, he made it known that God was bringing the helms of power to the church and that Donald Trump was going to be the President, which later turned out to be accurate and dead on target.
Furthermore, he has also made a Prophecy that Nigeria will split within five years from now and that Biafra won’t be the first to leave, but the Hausas. He made this known while speaking to journalists during one of his weekly programs; he stretched further on how God had shown him this vision, there won’t be any major conflict in Nigeria for this to materialize, it would only be like a diminutive riot and before we know it the deed would have been done.
Post Views: 519

How Nigerians can deal with the turbulence in domestic flights