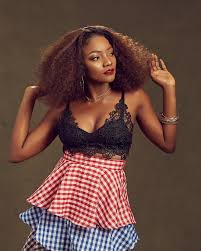 Since she announced her presence in the music scene, Simi, has been receiving accolades after accolades.

Unlike several Nigerian musicians currently asking for accolades, the singer has been getting hers.

A new high came for recently, as she was “decorated” by the US Consul General at the U.S Consulate. With the decoration, Simi, becomes one of the Nigerian Human Right Ambassadors for the US.

Simi shared the information about her new achievement on Friday, April 27th.

Meanwhile, the X3M Records artiste has booked a date with her fans in London, as she will be performing there later in the year specifically on 11, November 2018.

The live performance organised by Smade Event will hold at 02Islington 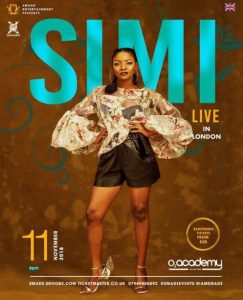 Related Topics:New High For Music Queen; SimiSimislideshowX3M records
Up Next

Banky W, Ice Prince, Waje Others Up To Something