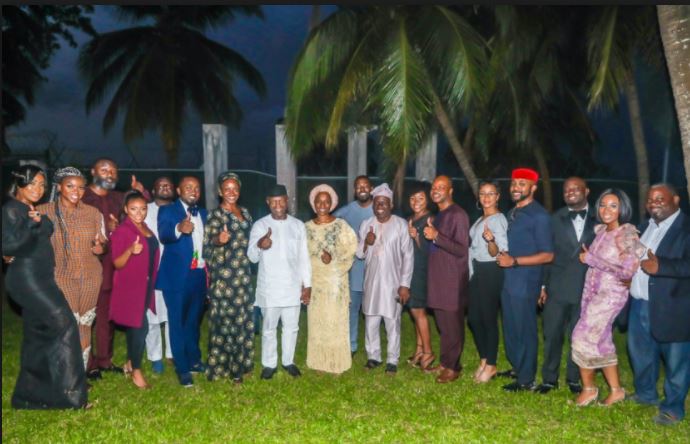 It is common knowledge for politicians that the entertainment industry is a strategic place to court the youths.

Apart from this, the then President was also known to have splashed 3 billion on Nollywood, as he courted thespians in his bid to return to office.

As 2019 draws nearer, politicians are back to their game, as events by politicians for entertainer are springing up.

A recent get-together for entertainers hosted by President Yemi Osinbajo in Lagos state has given rise to questions such as why the meeting was called.

Present at the event were individuals such as Banky W, his wife; Adesua Etomi, Waje, Ice Prince, Kevin Orifa, Kamal Ajiboye, Mo Abudu, and Dolapo Oni Sijuade. They were all in company of Femi Falana (SAN).

Given that this get-together held just days after President Muhammadu Buhari’s Common Wealth statement and Banky W’s call for youths to get their Permanent Voters Card (PVC), now and vote wisely when the time comes, there is hardly any need to dwell on what was discussed at the meeting.

While the attendees of the meeting might have been co-opted into the 2019 agenda of the ruling All progressive Congress (APC), due to their presume strength of influence, the need for youths both in and outside the entertainment industry to have a mind of their own can’t be over emphasized.

My Relationship With Chidinma Complicated-Kiss Daniel