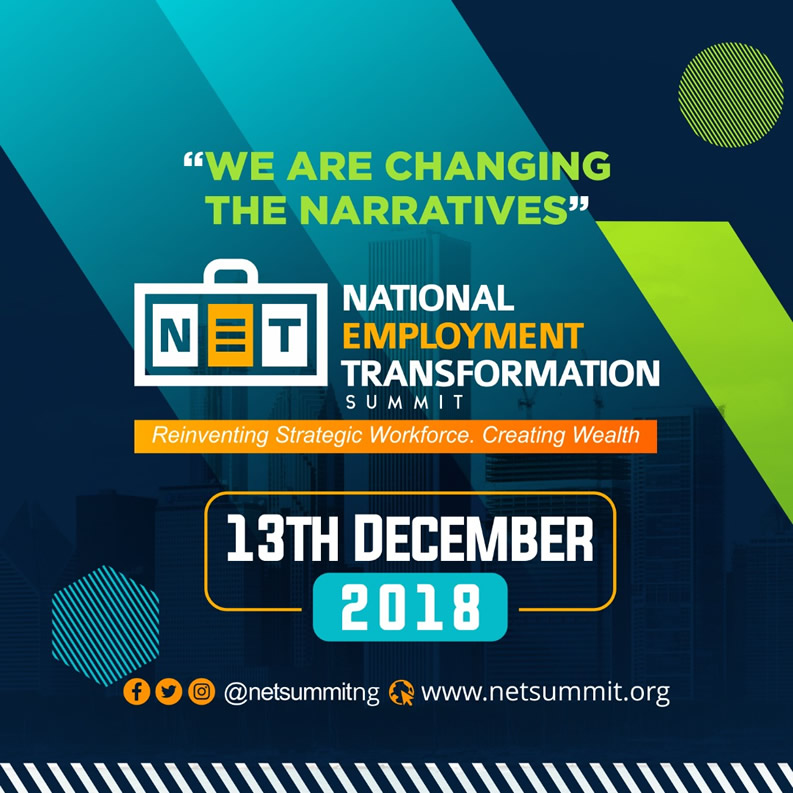 As the nation continues to turn out more unemployed graduates annually, the National Employment Transformation Initiative has rekindled the hope of Nigerian youth as it has pledged massive decline in unemployment in its forth coming Summit through training, skill acquisition, and Partnerships.

According to the Convener, Engr. Seun Shogbamu, the NETSummit formerly known as National Career Fair which is scheduled to hold on 13th of December 2018 at the University of Lagos, Akoka Yaba, Lagos has in the last 6 years has created nothing less than 9,000 jobs and paid internship nationwide; adding it will keep striving harder to see to total eradication of unemployment in the country.

While Shogbamu highlighted major cause of unemployment and employment shortcomings as lack of basic and professional skills, he emphasized that this year’s edition is billed to focus more on trainings and molding crude and non-crude prospects, and positioning them strategically towards a growing and demanding workforce through partnering top HR, Vocational training and Skill acquisition organisations such as Andela, Gr8jobsng, Workforce Group, Poise, Jobberman, EdubridgeAcademy, Dragnet.

Related Topics:AndelaDragnetNETSummitNETSummit Partners Andela; Dragnet; WorkForce Others… Pledges Decline in UnemploymentslideshowWorkForce
Up Next