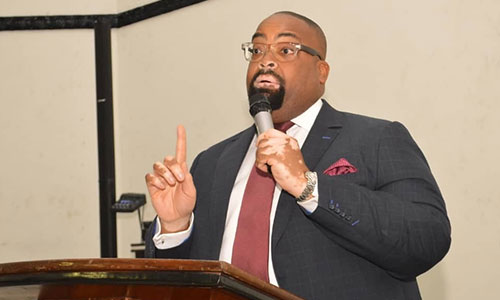 Kaduna State Governor, Nasir El-Rufai, has reacted to the withdrawal of his invitation to speak at the Annual General Conference of the Nigerian Bar Association.

Reacting to the development, El-Rufai described the situation as an “unfortunate embrace of injustice”. 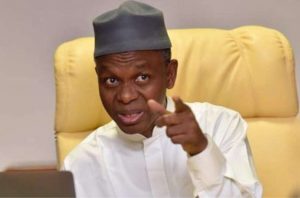 Recall that El-Rufai’s invitation had been kicked against by a group of lawyers led by Usani Odum in an online petition signed by over 3000 lawyers in which the governor and his son were alleged of about 10 allegations including poor human rights record and inability to stop the killings in the state he governs, particularly in southern Kaduna.

In a statement issued on Thursday, Muyiwa Adekeye, Spokesman for El-Rufai said irrespective of the withdrawal of the invitation, El-Rufai would continue to make his voice heard on the things the country needs to do to make progress.

“While the decision about who speaks at its event is clearly the NBA’s, Malam El-Rufai wishes to make clear that he did not seek the platform and is not agitated that he has one less speaking engagement,” the statement read.

“However, the circumstances of the last few days warrant some comments. That a professional organisation has elected to endorse a one-sided narrative on a profound national issue is something that its members may wish to reflect upon.

“For an association, whose bread and butter is about justice, to make a ruling based on the stridency of people who lampoon judicial processes against certain individuals without hearing the other side is odd. It bears noting that in its response to pressure, the NBA leadership has signaled an unfortunate embrace of injustice, unfairness, absence of fair hearing, and total disregard for the rule of law.”

The governor also said he would respond appropriately to the alleged defamation in the petition filed against him.

Recall that in a petition to Koyinsola Ajayi, chairman of the technical committee of the NBA conference, lawyers under the aegis of Open Bar Initiative had criticised the governor.

The group also said that in addition to governing a state that has been described as “the most dangerous state in Nigeria in 2020, El-Rufai has on several occasions abused the rights of Nigerians”.

But El-Rufai said his government has taken several actions to address the legacy of violent strife in the state.

“He has done this with equality of concern for all residents, not just those with access to the media, and who are able to mobilise sentiment even when they are part of the problem. His investments in building a constituency for peace, anchored on the rule of law, respect for the citizenship rights of everyone, and an embrace of the obligations of a common humanity will continue.”

Adeleke added that the governor remains focused on the “tough and hard work of stopping the bleeding in the state”.

Related Topics:Nasiru El-RufaiNBA: El-Rufai Reacts To Withdrawal Of Invitation To Conference
Up Next