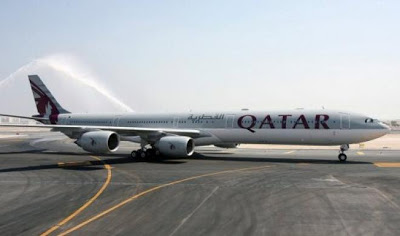 No fewer than 100 passengers  would have either been seriously injured or killed on Thursday, February 9 on-board a Qatar airline plane.

According to information, the Tyre of the plane which was  on its way to the United Arab Emirate  burst as it attempted to takeoff at the Murtala Mohammed International Airport, Lagos.

According to some passengers on the aircraft, the pilot was about to takeoff when they heard a loud sound that was later confirmed to be from a burst Tyre.

The pilot was able to taxi the aircraft back to the terminal. The affected aircraft was later parked at one of the hangars within the airport for repair while alternative arrangement was made for the passengers.

Since the incident, air travelers have been pondering what would have happened had the incident taken place when the plan was landing.

WAYS TO GET RID OF MOUTH ODOUR