Controversial Nigerian singer and boss of Marlian Music, Naira Marley has reacted to an allegation brought against him by his signee, Mohbad.

According to Mohbad, he got beaten simply because he asked for a change in manager.

Reacting to Mohbad’s claim of getting beaten after he told the label’s management that he wants to change his manager, Naira Marley stated in a Tweet that the young singer has a history of getting intoxicated which affects his emotions and actions.

Naira Marley also assured that all issues would be resolved amicably, urging Mohbad to come on a live session so everyone would see he has no reason to lie against him.

“Mohbad has a history of getting intoxicated which affects his emotions and actions. #ImNotPerfect However, all issues would be resolved amicably within the record label.

“I need my bro mohbad to come on live so u guys can see I don’t have any reasons to lie on him.

“Ck will make u think ur life is in danger guys. Mohbad come on live so we can see if u’re in danger because I’m really worried. Wetin be this one like this?” 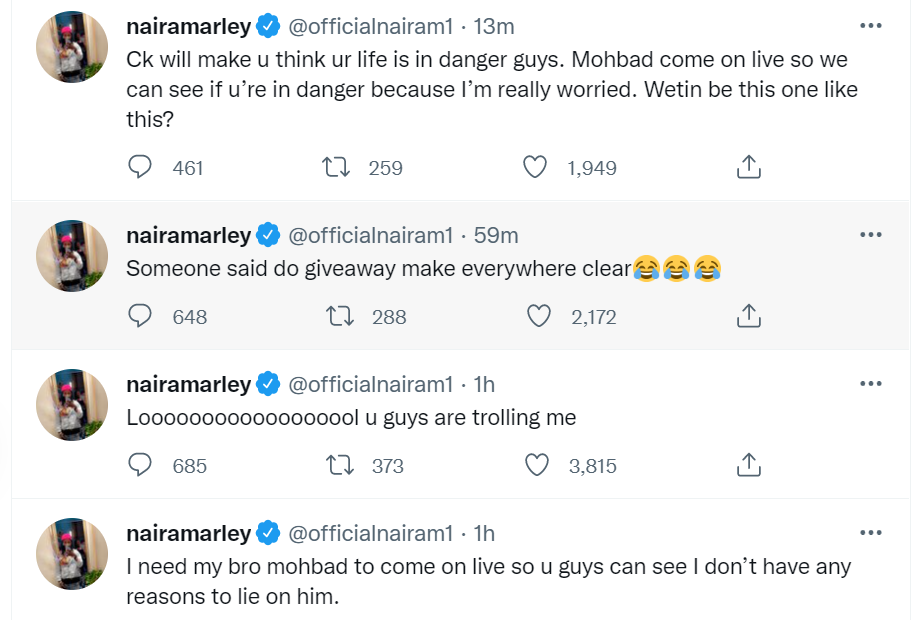 2023: We Just Want Who Is Not A Thief-Gospel Artiste, Frank Edwards Says