Fair Prince whose real names are Jacob kingsley Ekpe is the award winning gospel artiste who sang Call His Name. In an interview with our reporter, he explained the secret of his rise and rise.

Your hit tracts, Thank you, The News and Take Away are making waves how do you feel?
I feel blessed and grateful to God. Its a dream come through.

When is the video coming out?
Actually,  the video of Thank you has been shot at Uganda. It was shot weeks back and its a revolutionary from the normal videos you have been seeing. I picked Uganda as a location because of the scenery which fits into the wonders of nature projected in the song. Also, the equipment used are rare and very expensive like the use of drone camera which depicted brightness and sharpness.

When precisely did you start and which song brought you to limelight?
In 2011, I dropped my first album entitled, Call His name. It’s actually the song that has been pulling me through. I have three hit tracks that a whole lot of people are always jumping into. I shot the video and ever since then, it has been from glory to glory.
In 2009, I made a mistake, but officially, my first album was in 2011. We are planning a new one this year. I am working on a new album, I am Jacob.

Let us talk about Call his name, the album that shot you into limelight, What inspired the song and what made it different?
Seriously, Call his name I didn’t just come out from nowhere. When I was in Lagos, there was a time I did not have a roof over my head. I lived under the bridge in Maryland for two and a half years. That was when I recorded Call his name.
I was doing a whole lot of odd jobs like helping in building houses but I was always saving money, I was going to the studio every day. I once said to myself, I needed to call his name, that was how I wrote the song. To God be the glory, that song shot me into limelight.

What are some of the challenges you have encountered and how were you able to overcome them?
My brother, it wasn’t easy, I must tell you. There were whole lot of challenges. There was a time I had a group of friends who were actually notorious. They were like why don’t we steal money so that we can put this album together. Someone even told me we go to babalawo to make it. That that is what most artistes do. But I kept holding on to fate, believing that someday there will always be light at the end of the tunnel. I kept on pursuing and believing in God and today it is a different story.

At that point when your friends were trying to influence you wrongly, was there a time you gave in?
Definitely, I’m human. It came when I almost drew away from my God because of the challenges but there was a show Buchi did called G-Music, gospel music reloaded. I was part of the competition, I met a whole lot of people. That is Tunde Bakare’s cousin, he was the one managing me then.
He owns a recording label I was signed up to, so I was a part of that team. We worked for two and a half years. During that period, he taught me to stay focused and Buchi too was like a very big brother to me. A big friend who always said Fair, don’t worry, everything is going to be handsome. Now, it has come to pass.

Tell us about your new album?
My album, I am Jacob is all about me. I want to tell the world who truly Jacob is. My real names are Jacob Kingsley Ekpe. The J-Jacob may not mean the one in the Bible but me as a person. So, I want to tell the world what I am, what I really stand for, the person I represent.
That is what this album is all about. I have a new single really enjoying massive air play. The video was shot in Uganda.

When is the official release of the album?
Hopefully, myself and my team are working towards October. I have a record label called OHO Entertainment.

What is the secret of your success?
The secret of my success outside God is still God. God has been holding me in areas where I am weak. He has always been strengthening me.

What is your unique selling point, what makes you different?
My kind of songs are for the matured mind. One can wake up in the morning and listen to it, you can be driving and keep going with the flow.

It’s interesting to know that God has been so good to you, we understand that you just bought a new car?
Yes (laughs), the Lord has really been faithful this year. I just bought an LR3 2008 model Land Rover to add to my fleet. God has really been faithful. I also just moved into a new apartment (three bedroom) Maryland Estate. God has been good to me.

According to him, the incident happened in 2018 at a hotel in Victoria Island, Lagos State.

In the wake of an enraging crusade against rape following the rape and murder of both Uwaila Omozuwa and Barakat Bello, D’banj had shared a campaign against rape, sparking a reaction from Ese.

Initially giving vague information about the incident, he came all out the following day mentioning names and places where the alleged rape by the musician popular as the Koko Master took place.

Narrating the experience of his friend, he said:  “I was invited to an all-white party at Eko Atlantic, it was an all-night party on 30th of December 2018. I went with my friend to the party.

“When I got to the party, I met a girl called Oye, she was the friend of Don J, we later found out we were in the same hotel and she offered to drop me off.

“On getting to the hotel, Oyin later called me and said that D’banj saw me at the party and wanted to be with me for the night. I was offered money which I rejected.

” She apologised and told me to follow her upstairs, her boyfriend who was disappointed apologised and begged me to keep quiet about the issue, adding that D’banj would call me and apologise. He gave my friend $100 to give me to take medication.”

Acknowledging the fact that there would be other women who have suffered the same fate, the victim of D’banj’s alleged rape said that it took her two years to come out, adding that the musician never apologised to her for what he did. 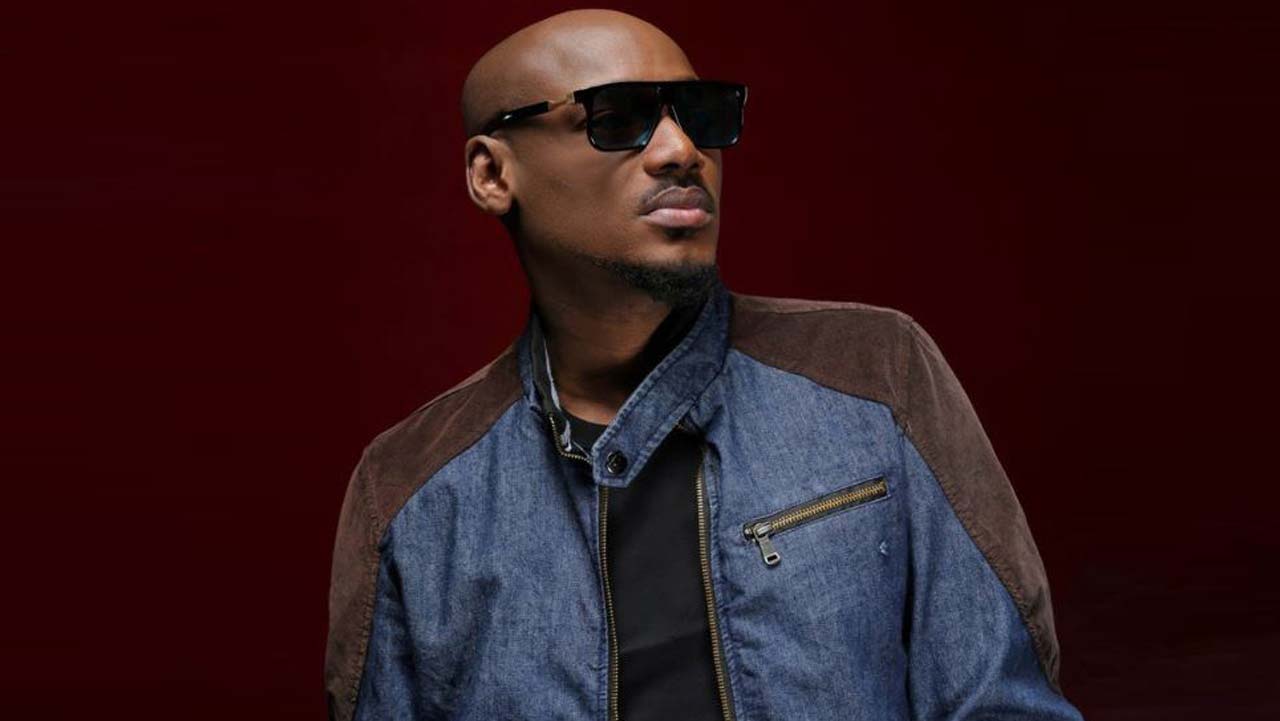 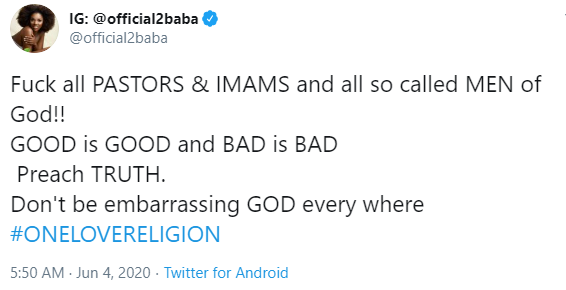 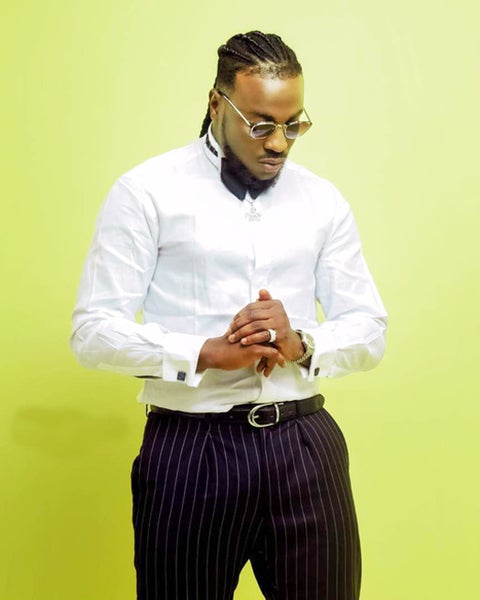 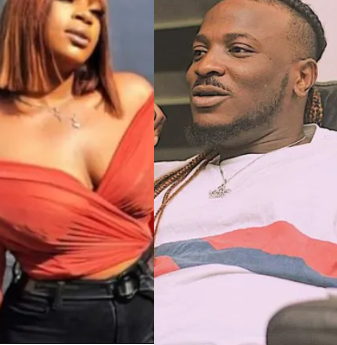