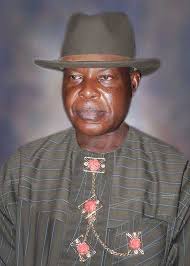 Former Inspector General of Police and Head of the Police Service Commission, Mike Okiro does not appear a religious man, however he is.

Speaking during an interview, Okiro revealed his religious side saying that he was born into the Catholic faith and it has helped him a lot.

Further, Okiro whose wife is now late revealed that he has laid down a standing order for his children who are all Catholics saying they can only marry from the same faith, as it will help them.