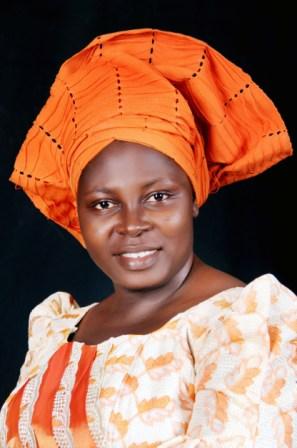 Tolu Adeyemi is an educationist and a very successful gospel musician popular as Ranti Abule. In this interview, she talks about her latest music effort “Ti Oluwa Ni” and the confusion surrounding her debut album, “Ona Abule”.

It’s being a while since your last album titled “Ona Abule”, what has been happening to you?We thank God. He has been good to me. The problem is that I have been silent for a while due to some factors which clogged my aspirations.

Can you tell us about these factors?They are factors that are common in the music industry. I am talking of a situation where you give your distributors your album and they fail to return the money from the sales. I am talking of people who I gave money to produce my compact disc, but spent it all without doing anything. Although my last album, “Ona Abule” was a successful and well accepted album, the circulation was not really what I had expected.

Who marketed the album?I went to Alloy Films, but he told me that he did not have the power in terms of cash to market the job. But because I had the urge to work for God I decided to use my own money to market it. I eventually settled for Tosal Entertainment and later Oddies Entertainment. Till date, I still have money with Tosal Entertainment that I am yet to collect. On the part of Oddies Entertainment, he simply spent the money. He confessed this to me later. Subsequently, I went to another marketer called Goodwill, I gave him about 11,000 copies of the album, but I did not get anything back. Nothing was refunded. He even told me that he has sold everything. Till date, he has not refunded the money.

Didn’t you do your due diligence before picking a marketer for the album?I did, but because I was new in the game I got caught up in it. I trusted them believing that they would help me, but they failed God.

Are you aware that there is a male artiste who is taking credit for the album “Ona Abule”?There is no confusion anywhere. There is only one “Ona Abule”, and she is Tolu Adeyemi. By the grace of God, she is the one talking to you presently. My stage name is “Ranti Abule” and the album Ona Abule, my debut was released in 2009. The person I think you are talking about is Omo Abule. There is a big difference between Ona Abule which is the title of my debut album and Omo Abule, who is an artiste. They are two different things that are not related in any way.

There have been complaints from people saying they often end up getting Omo Abule when they ask for Ona Abule, are you aware of this?I am aware.

What could be causing this?Like I told you earlier, the inability to get my work well circulated opened the door for imitation. Someone called “Omo Abule” took advantage of the situation.

What are you doing to rectify the situation presently?Well, I am working harder to ensure that the brand is well-circulated this time. The idea is that if the brand is well known there won’t be a reason to mistake one for another. Those who know the value I put in my music will take their time to demand for what they really want. The idea is for people to know that the real deal “Ona Abule” by Tolu Adeyemi is available and it’s doing well now. The other jobs that I have also done such as “Ibale” (Virginity) and “Iyin Oluwa” (God’s Praise) are also doing very well. So, my advice to my fans is that they look at what they are buying properly before paying for it.

You have a new solo video titled “Ti Oluwa Ni”, tell us about it.It is an extraction from the “Ibale” (Virginity) album. I decided to shoot the video this year and it is set to drop anytime from now. “Ti Oluwa Ni” is all about how we praise God with our names.What steps are you taking to prevent the reoccurrence of the challenges that you encountered in your first album this time?Presently, I have a company that is doing most of the work I entrusted to the marketer when I released my debut album. Definitely, things will be different this time. I have also found a sole distributor for all of my albums presently. He is based in Ibadan and his company is “Turning Point Music”. I have tried him and he has not failed. Basically, I produce the album and hand it over to him for distribution.