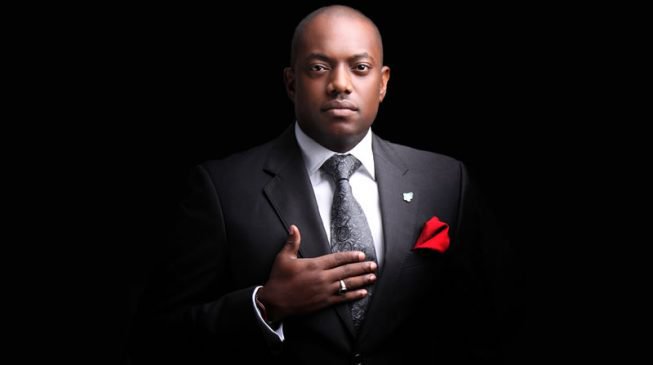 Fela Durotoye is the Presidential Candidate for the Alliance for New Nigeria (ANN). The man who is from the streets, spoke on promoting a new Nigeria and why he wants to be the President of Nigeria in this interview with our reporter.

What motivated your desire to contest for the office of the president of Nigeria? 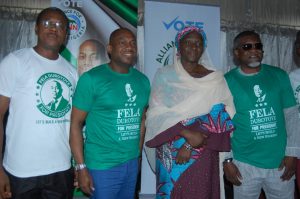 What does your party have to offer?

We unveiled our primary blueprint, a 10-point agenda on May 29. It is constantly being revised and updated. So, we are not one of those that will come in without believing. We believe very strongly in the new Nigeria, we know that the people who are tired of the way things are in Nigeria will vote for us. We are not one of those who try without believing that they can win. So, we are definitely ready. I have said this before, by May 29, on the day of inauguration, we should be announcing most of our cabinet. By the grace of God, we hope that this should be the fastest cabinet that would have been formed, as we have seen in other countries of the world.

What specifics should Nigerians expect to get from voting for you?

We believe that Nigerians, first and foremost, will gain the opportunity to pursue their lives’ happiness. More importantly, they will gain a country that they can be proud of.  In order to be able to extend opportunity for all, we believe that three things have to happen. We want a government that will serve Nigerians and not Nigerians serving them. We want a government that will be efficient. To achieve this, we will reduce wastages in government, and more importantly, we will cut out corruption and show credible leadership. Secondly, Nigerians will see our economy grow, because we are going to diversify our economy. With the growth of the economy all around Nigeria, there will be more opportunities because we believe that there are natural resources that are untapped in our local governments. We are going to turn our local governments to economic hubs and industrial zones. We believe that with that we will see job opportunities coming up everywhere, we will also see a new Nigeria with a change of orientation and people will be ready to work with Nigerians. In doing this, we will have a nation where there are opportunities for all. We will see a nation that values its own capacity and human development; we will see a nation where power is constant, where people are safe and secure, we will see investment in education. Asides this, we will also see a situation in which everybody gets an equal opportunity; a son of a nobody can become somebody. We will see roads without potholes, jobs for everyone, investment in the economy and skilling in young people. These are not just empty promises; they are the value that we carry. It is so easy for politicians to make these promises, so you have to go back and see what we have been doing before now to know that we can do what we are saying. We have developed social programmes not just in the educational sector; you will see that we have a value system that has been adopted by Anambra State and has simply turned Anambra’s educational system around. Personally, I helped to design not just educational programmes that have helped states such as Oyo State move from number 23 and 24 to number three and four in the league of states in 2009. So, what I am saying is that these things are what we have been doing before; respect for human beings, a new value system. At the end of it all and when we are done, Nigerians will become proud of their country and their leaders. Nigerians can go back and check and they will see all of these things. They are the things that we have done before now.

Haven’t Nigerians heard all of these before?

What I always say is look at a politician’s life before he started politics and look at his life after he has become a politician. If you can find any consistency, then you will know that you have found somebody that you can trust. So, again, it’s about looking at their credibility, looking at their vision when they didn’t have the ability to execute that vision.

With your party being tagged elitist and election known to be won from grassroots, how do you hope to win?

I believe that we are a party for all. We are a party that seeks to create opportunity for all, not just the elites. We are a party of people who have enjoyed privileges in areas such as good education and believe that such privileges should be open to all. So, if it is education, it should be available for all. The problems of Nigeria were created by the old politicians and all of us are suffering from the problems. Today, the economy is not working for anyone; power is not working for anyone. It is not an elitist problem. It is a problem for everyone who is not privileged, and that is why we are fighting. We are fighting for that young man who is trying to go to school but is not sure that he will get a job. We are fighting for that single mother putting all of her money together to make sure that her daughter goes to school. This is not an elitist problem; it is a fight for everyone, the underprivileged. It is a campaign of the people. And that is why when we were going to start out the campaign, we started in Ajegunle and not in a five-star hotel. We started on the streets because that is where we have been in the past 14 years. The jobs we have done were done on the streets, in Internally Displaced People’s camps (IDP). This campaign has been supported by people out there and not the big boys; it is a party of the people and not the elites. It is a new Nigeria for all, and we are not sending an elitist message. Our message is not an elitist one; it is one which resonates with everyone. Concerning our party structure, we are well structured, down to every ward and even to street captains. Like I said earlier, ours is not a campaign for the elites, it is a campaign for everyone.

The clamour for restructuring has been on the front burner for a while; if elected president would you do it?

Of course, we will restructure the country. We believe that the structure of the country is so important, as far as it relates to different things. For instance, in the case of security, how do you make the governor the Chief Security Officer (CSO), of a state and the Commissioner of Police doesn’t report to him? There is so much power at the center such that there is the need to restructure.  If you give a person a responsibility, you should allow him to work. When you empower people, they should have the power to function. We need to empower the local government because we believe they are the custodians of the wealth of this nation, but because they don’t get the proper allocation, they are disempowered. In restructuring, we would project that the state governments get 20 percent of whatever resource that is gotten from it and the local government receives 20 percent, the community from which the resources come from should also get 20 percent, while the government can work with 40 percent. That is a total variation from what we have presently where the federal government only gives 13 percent to the state and nothing gets to the local government.

Electoral malpractices are common in Nigeria, do you have any fear that even if you win majority votes it still won’t count?

No. I have no fear about vote counting because I know that this election will be about the two established parties. They will do everything to ensure that every vote counts. They will stop each other from rigging and while they are doing that, every vote will count. Another thing that I would like to say is that the illusion that votes do not count is one which is being sold out by the political class to the elites so that they don’t come out to vote. If votes don’t count, why do they buy it, and it’s the political class that buys votes. I want everybody who believes that votes don’t count to disavow their minds and go and vote so that the fifty million voters who people say don’t vote, who naturally will not vote for either APC or PDP will come and vote, and we will get a new generation of leaders.

Financing a political campaign is expensive, who are the people bankrolling yours?

It has been the people, the young working-class people who saw us and said that this campaign is our own. But more importantly, for the first time in the history of the Nigerian political system, we have seen streets thugs donating Five Hundred Naira to this campaign because they believe in it. We have not collected more than what the Independent Electoral Commission (INEC), recommends which is One Million Naira, so no one can say that they own our campaign because he who pays the piper dictates the tune. Don’t be surprised if the people who import diesel and generator fund the other campaigns and the problem of power becomes a complicated situation. It is not a complicated situation, but it is complicated because they have collected complicated funds for their campaigns. We don’t have godfathers, we are supported by the 180 million Nigerians who are tired of the way things are presently, and this is why we will win.