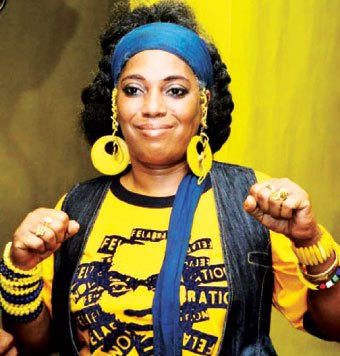 Yeni Kuti, the daughter of Afrobeat maestro, late Fela Anikulapo Kuti has revealed that a collaboration between her brothers Femi and Seun is imminent.

Yeni revealed this during a recent interview, adding that the family is more interested in the brothers working on Fela’s unreleased songs.

“I am sure they will collaborate soon enough. What we want them to do is a collaboration on Fela’s unreleased numbers. That is what we are currently working on, it is a bit difficult and you know everything is about money.”

There have been calls for a collaborative effort between Femi and Seun Kuti for a while. However, it appears like one that will never come.

Femi and Seun Kuti are two of the biggest Afrobeat artistes in the country, and collaborating on Fela’s unreleased songs would be a massive commercial project.

I Am Yet To Overcome Depression, Says Ikechukwu